1.16 has entered the scene, and it’s beautiful! Currently, it’s very strenuous for me to write this blog rather than play the update myself, but I’m doing my best! The Nether Update has changed the nether for the better, and there’s so much to explore! Not only that, but Mojang has thankfully released the update on all versions at the same time, leaving no disparity between the playerbase (unlike that darn 1.13!) Not even a day after the release, 1.16.1 released with some fixes.

Personally, I love the update (minus a few features.) Maybe a few changes here, a few changes there, some crash fixes here, and then we’ll be set for another golden era of Minecraft!

We’ve also gotten an official trailer for the Nether Update… same day of the update. Whatever works, man!

Just a small reminder for those who want to implement the new changes into their current world; you can totally update your current world to 1.16, but all old chunks that have been loaded will not have the new Nether related biomes/spawns. You’ll need to venture out further to load in fresh new ones. Here’s a refresher on how to change the version of your server using the Multicraft Panel.

Here at Apex Hosting, the staff has expanded! Including myself, lots of people have been added to many different departments. We’re happy to be here, and we hope that fun times await us in our future! You can check out the whole team here! 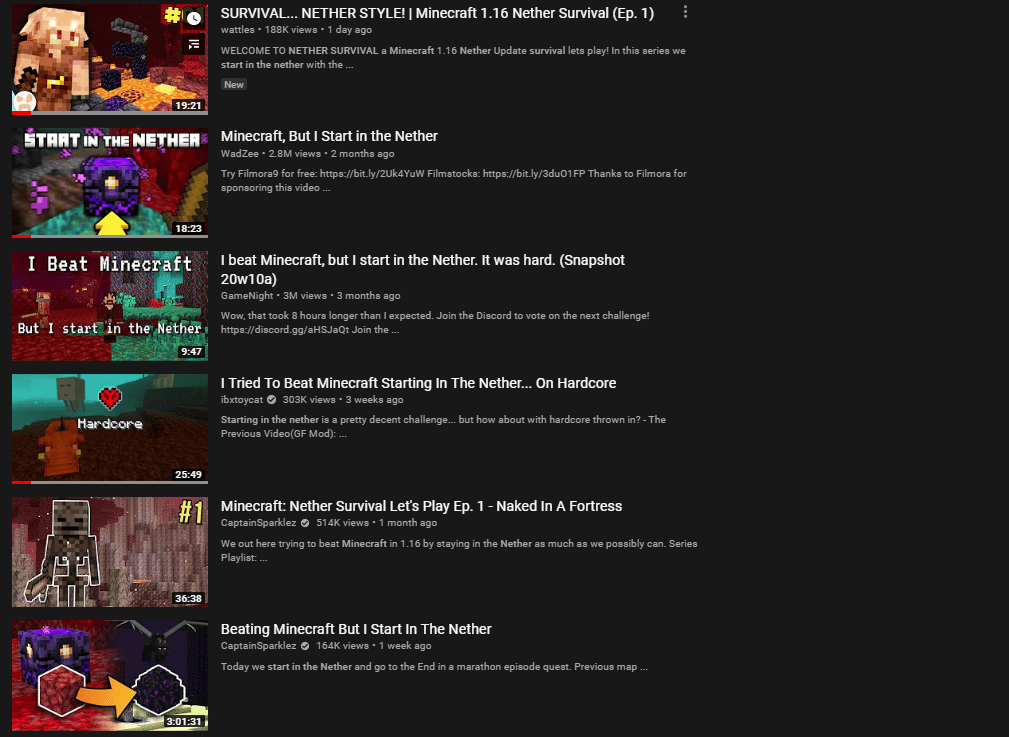 result of 1.16 being so amazing, a small trend has blossomed in the form of a challenge. Lots of players are attempting to beat Minecraft, but with a twist of starting in the Nether rather than the Overworld! With the new updated structures and mobs, it is totally possible! (maybe not plausible) Let’s Plays and livestreams alike are joining in, using a data pack/plugin to spawn in the Nether on startup. Some play on hardcore, some attempt to speedrun to the Ender Dragon, and others just want to play like normal.

If you’d like to attempt to start in the Nether yourself, you can use a datapack like this one here which will start you off with a respawn beacon and four glowstone. Good luck!

Our development team has been hard at work to bring new updates and features to our services both internal and external. Below are the public-facing updates which may impact you and your experience with Apex Hosting.

That’s about everything. A ton of content released this week. Probably more than we’ll get for the rest of the year, but it’s no big deal! The Nether Update is out, the Minecraft community is making the best of it. There’s plenty of new features for all you server owners out there with our Multicraft Panel, and I get to write these blogs for all of you in the comfort of my slightly broken office chair! Things are great and I wish you all good luck in your new 1.16 worlds!