Hello and good morrow! Today’s haul is gonna be carried by the Minecraft section. Forget snapshots, we have a whole frickin update to talk about! 1.19 The Wild Update is confirmed to be the next big content update for Minecraft after 1.18 Caves and Cliffs Part 2 is finished, and it’s looking to be one of the best yet. Although I don’t feel it will impress me more than Update Aquatic or The Nether Update, I’m open to having my mind changed with all the interesting and game-changing features they plan on adding.

This new update was revealed and showcased at Minecraft Live 2021, which aired on the 16th. That along with the mob vote, which the Allay won. You can read more about that whole situation here. Anyway, 1.19 seems to be an update revolving around improving the biomes we currently have to further the variety in their design and structure. For example, Swamps will now have a Mud floor rather than a dirt one, and fireflies will roam the land. The Deep Dark is apparently an entire underground city with its own slew of new blocks and mechanics. Toads exist and they look awesome! Ahh! So much stuff! If you’re interested in reading more, we’ll be putting out tons of content related to the newest update in the weeks to come, so don’t miss out!

This update will probably kickstart a new era of Minecraft where we continue to revamp the current in-game mechanics/features rather than add entirely new ones, and I’m all for it. This concludes the Minecraft news.

Minecraft: All Bow Enchantments – An awesome blog that goes over the best enchantments you could ask for Bows and Crossbows. Remember, everything is based on opinion!

Scholarship Winner! – The winner of our essay-based scholarship contest was announced in this post! Congratulations to Mia Shapoval.

How to Install and Configure GeyserMC – This one’s a little less simple. It’s an in-depth guide on how GeyserMC is installed, configured, and how it works. No more separation of versions!

Absolutely Nobody: 😱 – A hilarious Minecraft animation that goes over the chadliness of the guy who made a working computer in Minecraft. Remember, children. If you can make logic circuits in something, that means you can make a computer in it!

A closer look at one of our favorite mobs, and the latest #Minecraft craze. – This quick short goes over some small lesser-known facts about Axolotls. They’re so cute!

What is Herobrine? – One of our newer style videos. This explanation just gives the history and more information behind the legend of Herobrine.

Aaron – Aaron attempted to use Mac for a week, and now he’s back on Windows.

John – John wrote a ton of stuff off his taxes, all of which is valid!

Daniel – Daniel has started some new classes, so that’s cool!

Octavio – Octavio accidentally purchased a 4TB HDD even though he already had an extra terabyte installed. Truly unfortunate.

Dave – My mod is almost complete! I will totally share it here once it’s finished.

I don’t report on ARK often, and that’s just because there isn’t much to report on. But today is different, because I want to shine light on a fellow blog that I respect dearly. 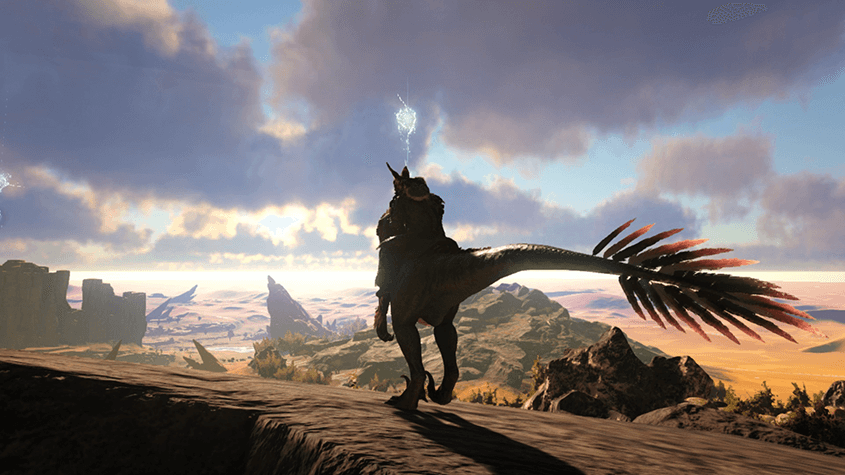 ARK: Survival Evolved has its own weekly blog called the Community Crunch where they are news about upcoming events, content updates, fundraisers, community-made content, fan art, and more. It’s actually really nice and well put together. I would definitely recommend checking it out if you enjoy ARK in any way.

Well, that’s this week’s news. I’m not even gonna pretend like there’s anything to talk about besides The Wild Update. It’s just so interesting and new. As I said before, you can count on us to make tons of content discussing all the new features and additions. The Apex team is also plenty excited, although they aren’t showing it. Lastly, I showed you all ARK’s official weekly blog, and I think it’s very cool. In any case, I hope you all enjoyed this week’s blog. Have a great day!