How y’all doing? Good! We got a good haul this week, so let’s get started! Minecraft Dungeons has an official release date for its upcoming DLC, Howling Peaks! On December 9th, you and up to three friends can fight unique wind-based mobs, and even encounter upcoming mobs from the Caves and Cliffs update, like the Mountain Goat! The DLC will contain new areas, gear, puzzles, a boss, and much more! You can pre-purchase the Howling Peaks DLC now in the form of the new Season Pass, which will include Howling Peaks along with the next four expansions. You can also buy the physical version of Minecraft Dungeons on Amazon on sale right now! We are not sponsored or associated with Amazon in any way, shape, or form!

Next, Minecraft has decided to bring Realms to Playstations! This is great news, because now the world’s most interconnected game just got more easily accessible to those of you that own Playstation. Make your own worlds, join your friends, play on awesome servers, experience all the new content that gets updated monthly, and have fun! You can check out the official trailer for that here.

Noah – Noah worked his butt off for over 35 hours until he was in a zombie like state. I feel so bad… back to work now, Noah.

Drew – Drew bought a ton of Red Bull and is about to buy his first car! So excited!

Dalton – Dalton is going to build an entire arcade machine that is part of an emulator with a ton of systems and game. Seems ambitious, but I wish him luck!

Erika – Erika got a family sized McFlurry. That’s all.

Robert – Robert has nothing to report, but he deserves to be included. You go, Robert!

Eve – Eve has found the ideal desk, a wonderful pneumatic desk, all metal construction, oak board and “fancy as heck” apparently. The only issue is the price, which I’m sure won’t be an issue… right?

Dave – It’s ya boi. I’m working on what will be an awesome mod, which you can read a little about below…

Allan – Allan has ordered an i7 for his desktop, and he seems pleased, so good for him!

– The pricing page has been updated to include more up to date features for the servers. These include:
Free Server Transfers
Free MySQL Database
Preconfigured Minigames

– A sales banner has been added to the Villager Guides blog page, this page gets a lot of traffic.

– The Permissions Setup support department will now be hidden to all clients until the addon is purchased. This is the same for all other addon departments.

This spotlight will be a little strange, but if you guys remember G3N3ZIS’ art world, I will be doing a video on that. Prepare to indulge in what will be a beautiful masterpiece of creation, crafted block by block. You’ll just have to wait and see what I mean by that, so trust me!

Drama stirs in the Minecraft community! Finally, something juicy! Minecraft is cracking down on the community by implementing new rules that state all means of sending messages, writing books or editing signs that perpetuate offensive speech can cause your account to be permanently banned. You can read all about it here. This was quite a surprising update to hear. Now, following the Community Guidelines is quite serious, and failure to do so will result in the permanent termination of your play, as Mojang puts it. “Play is at the heart of everything we do, but safety comes first. Yes, even before play.” is what they started their announcement with, and I will now explain why I heavily disagree with this sentiment. I know, you didn’t ask, but please bear with me. 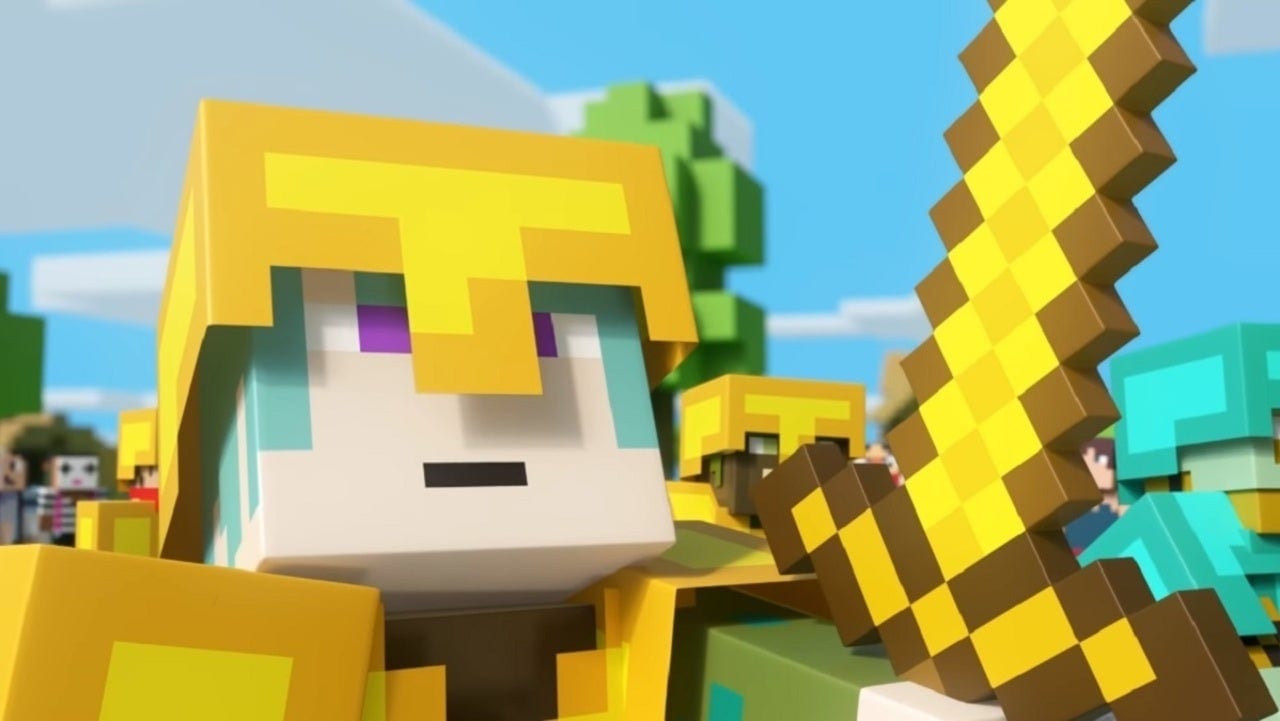 Minecraft is the largest game in the world. To expend so many resources in the name of safety to moderate the private inner machinations of a server/realm is just wrong. Each individual server should reserve the right to moderate their domain as they see fit, with their own rules/regulations. Before this announcement, that is sort of how things worked. If a server wanted to allow insults and trash talk, that was perfectly reasonable since it was on their paycheck. There are plenty of servers that follow the Minecraft guidelines exactly, and they’re some of the most popular, such as Mineplex. It isn’t right to enforce subjective rules based on vague wording on individuals who want to form their own experience.

Even disregarding the practicality of full moderation of all of Minecraft, which in my opinion is a large part of why this will be unsuccessful, this is the wrong direction for Minecraft. Minecraft first and foremost has been a game developed and furthered by the community. The modding community gave the game more content. The youtube community popularized the game, and injected a sort of culture to it. The Bedrock community emphasized what it means to play together, and have interconnectivity. For better or worse, Mojang has merely given us the pieces, and allowed us to do whatever we so please with this game. They now reserve the right to moderate and permanently ban people as they see fit in independently owned private servers. That is wrong.

Well, that is quite the week! Minecraft Dungeons seems to be building its way up to a game worth buying to the Minecraft community, which I think is good. Playstation finally gets access to Realms, a very popular feature on every other version of the game, rightfully so. The Apex team is doing well as always, but please disregard the Red Bull! Next, I have a video in the works for all of you. It isn’t official or anything, but I know you all care about whatever I’m doing! Right? R-right? Anyway, the big thing that I discussed this week was Mojang’s changes to moderation and safety of the Minecraft community. I heavily disagree with them, but their heart is in the right place. This game is no place for hate, or toxicity, and they plan to stomp it all out by force. In my opinion, that isn’t the way, but I digress. I wish you all the best, so have a great day!