Good morning everyone, and welcome to another week of mundane yet fulfilling news. Mojang has yet another snapshot for us with some minor yet impactful changes. Snapshot 21w17a brings forth yet another change to the Raw Ores texture. A new type of cave has been added, dubbed noodle caves. They are meant to be a thinner, more claustrophobic version of the spaghetti caves. I’m hungry. 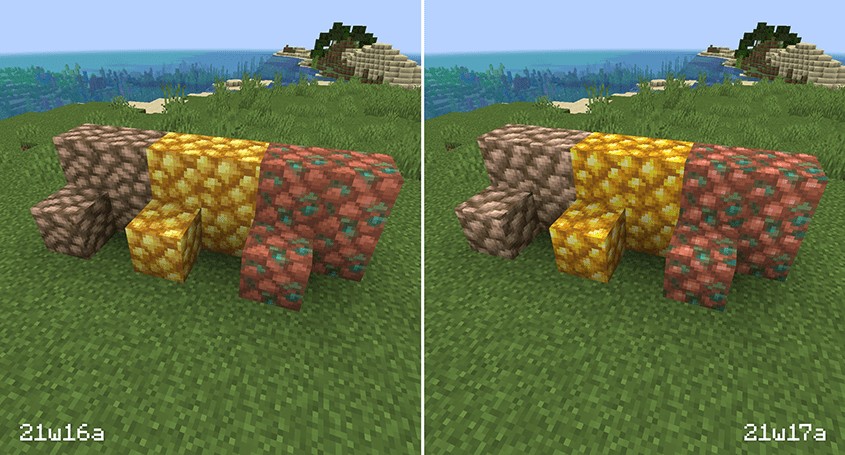 Ore vein rarity has also been tweaked, but I disagree with this decision. Not because it is unjustified, but because there has barely been a week of playtesting. I didn’t even get a chance to determine how common they were, but I assume they were everywhere if they tweaked it this quickly. And now, Raw Ore blocks can possibly be found in veins. This on top of a little over a dozen bug fixes concludes the snapshot. You can read the full changelog here.

Yeah, I don’t have much to say besides I really enjoy the company of my peers!

Joseph – Joseph isn’t feeling so good, and he’s got lots of deadlines for uni that he’s working through. Good luck!

Erika – Erika made some fried tofu wrapped in prosciutto, until she remembered she doesn’t like prosciutto.

Daniel – Daniel got some record imports from Japan, and he’s been getting back into Smite.

– The website has gotten new Doug images all around, no more old Doug (except for country pages)
– We have fixed some additional mobile responsiveness issues with the website header.

Yet another awesome creation from Reddit as a user by the name of u/pr0mers shows a full recreation of the game Uno in Minecraft! Uno is an extremely popular card game that can be played with 1-4 players, consisting of each player attempting to free their hand. It has over a hundred original cards, and plagues every study hall known to man. 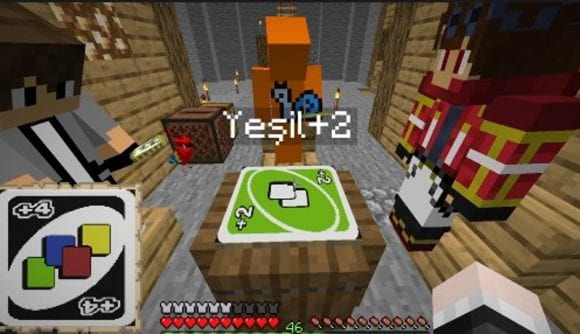 pr0mers shows off all of the hard work that went into handcrafting each card by filling an entire chunk with the design of each card, and then creating a map of it. To literally build over a hundred chunk-sized builds by hand, in survival mode is an enormous feat. Then, a clip provided by pr0mers has him playing Uno with his friends with the finished product. They even thank their 500+ sheep that were tirelessly sheared. Over 300+ hours of work paid off!

Wow, what a week. Mojang provides a relatively normal snapshot where they change the texture of Raw Ore yet again. For the last few snapshots they’ve done this again and again, so I hope they land on something that looks presentable in their eyes. The Apex crew is doing their usual stuff, and I’m working hard on my mod! Pr0mers exemplified incredible dedication and hard work with his creation, and he said he’d be putting out a tutorial soon. Well, with that being said, I hope you all have a great week!