Good morning friends and family! This week we have quite a small haul of news, but a haul nevertheless. Mojang releases yet another snapshot, 21w08b which you could assume from the name is an extension of 21w08a. This snapshot just fixes two bugs with ore distribution, allowing Iron to spawn and everything below y=12 to work properly. You can read more about the snapshot and read the full changelog here.

Overall, I expect 1.17 to release later than expected due to the challenging bugs and issues that have manifested as a result of all the technical changes Mojang is making. The world height limit increasing, the cave generation changing, and the ore distribution being different all have effects on the world. As a result, disarray and chaos is torturing Mojang. Realistically, this is probably the hardest update Minecraft has or probably will ever have to go through on the technical level. 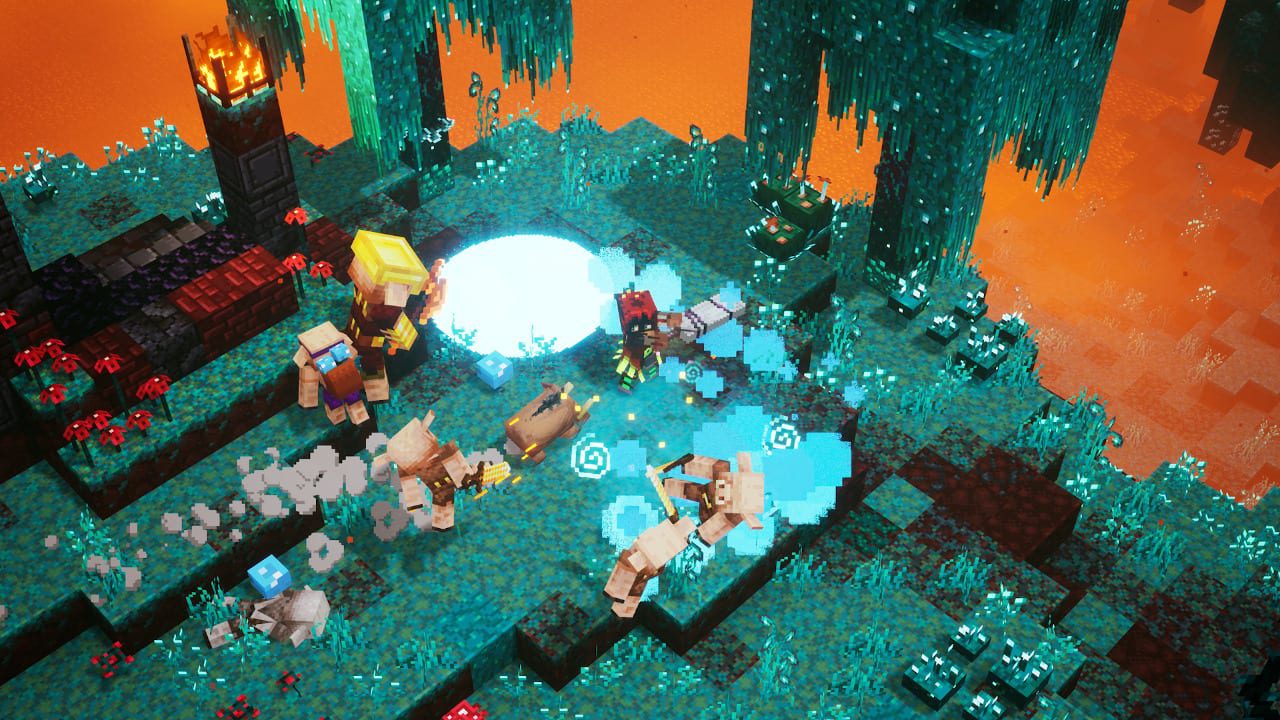 Run through the Nether Wastes, Basalt Deltas, Warped Forests and more while fighting tons of new, difficult enemies. Explore and loot a plethora of new gear and artifacts. With the biggest DLC for Dungeons yet, you’re sure to have a blast. You can purchase the Flames of the Nether today on Mojang’s official website here.

I just didn’t ask them what they’re doing. I wanted to, but it felt wrong today. For some reason, I just didn’t want to bother the others, and that really says a lot about me. Anyway, you can tune in next week to find out what they’re up to.

– The new “How To Make a X Server” section will no longer display on normal guide posts. It will only display on modpack/minigame posts as intended.

– The “Order Confirmation” email will now show a different message for Upgrade/Downgrade orders.

Quite a few of us have played Minecraft Hardcore mode before, and it doesn’t take a scholar to know how difficult it can be. Those darn Piglin Brutes are just too much! In this case, a reddit user by the name of OOplebian and their friends have been playing on a hardcore server for over three months! 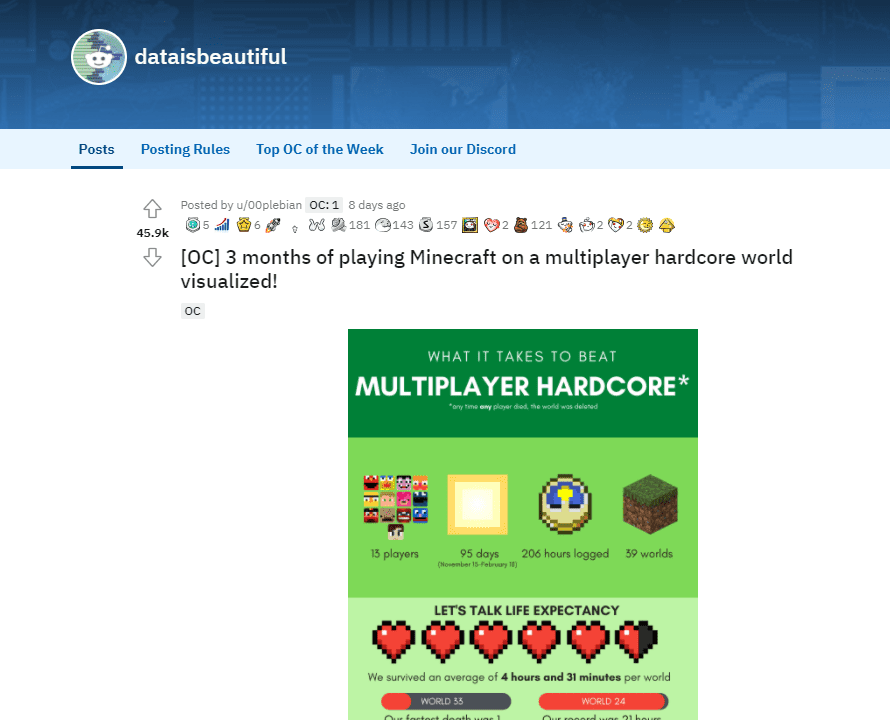 After those three months, they rounded up every detail they could about how people died, where they died, what they died from, how they played, the mobs they fought, the interactions they had with the world, how long each run lasted, and so much more. This was truly an in depth look at the average player’s experience in Hardcore mode. Honestly, the graph speaks for itself, even understanding the chance of coming out of the Nether with Netherite.

The most interesting parts to me is the key information that Creepers and Endermen are by far the most dangerous and fatal parts of Minecraft. If you ever wanted to know what to avoid, although something tells me you weren’t buddy buddy with them to begin with. If you would like to check the original post, you can find it here.

So, that’s everything. This week was pretty good, with a minor snapshot that fixed a couple of bugs. Minecraft Dungeons released its newest DLC, the Nether. It seems interesting enough, but I haven’t played Dungeons in a while. On top of this, the endgame is getting reworked to make the game more difficult, I assume. For the Apex news I really just didn’t wanna bother people this week. Weird, I know. Lastly, I showed you an awesome graph made by a cool experiment from a reddit user, which I thought was awesome. Lots of cool stuff. With that said, I hope you have a great day!