Happy new year, everyone! It’s Dave coming at you with another week of amazingly mediocre news. No, seriously, not much happened. Honestly, I’m just waiting on life support for 1.17, but until then, we still have other stuff to hold us over! Sadly, another week has passed with no snapshots, but to be fair, we’ve almost been given all the content that was shown to us at Minecraft Live. 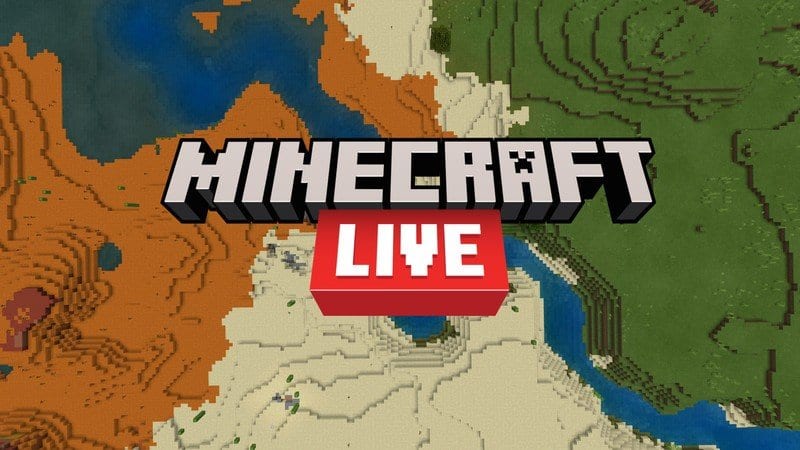 Now, Mojang just has to slap in the Warden, a few other items, and then anything else they see fit. It is confirmed that we have seen most of the Caves and Cliffs update and that there will not be any major surprises. For example, there will be no more cave biomes, so I hope you like what has been revealed so far.

Ah, Apex. One of the only places that people put up with me.

Joseph: Joseph was quite scared as he thought he had been in close contact with someone who was COVID positive, but it was a false alarm.

Daniel: Daniel bought his family a roomba so he doesn’t have to vacuum anymore. Good idea!

Erika: Erika wants to make a catio on her terrace. I hope it looks as good as it sounds!

Jigbon: The big boss himself is playing too much WoW, but that doesn’t have to be a bad thing. World of Warcraft is awesome, so have fun to your heart’s content!

– The Zip / Unzip function on Web FTP has had a bug patched that would cause zips to contain the full path you were trying to compress. The .rar option has also been removed as the library used to compress files does not actually support it properly, we are looking into other options for it.

– The red color used on our locations map stock messages has been updated to have more contrast. (#ff312e)

– The old affiliate software iDevAffiliate that existed at https://billing.apexminecrafthosting.com/partners has finally been retired and is no longer available. All affiliates should now be using the built-in WHMCS system for it.

Let’s be honest. 2020 was quite a bad year for everyone. Social interaction was made much more difficult, or eliminated altogether for some. Lots of people lost a lot, politics, bushfires, international conflict, life-threatening viruses. It was a rough year, but a reddit user by the name of Wanzie thought it best to create a sort of in-game ride in Minecraft that goes over the many significant events that took place in 2020. 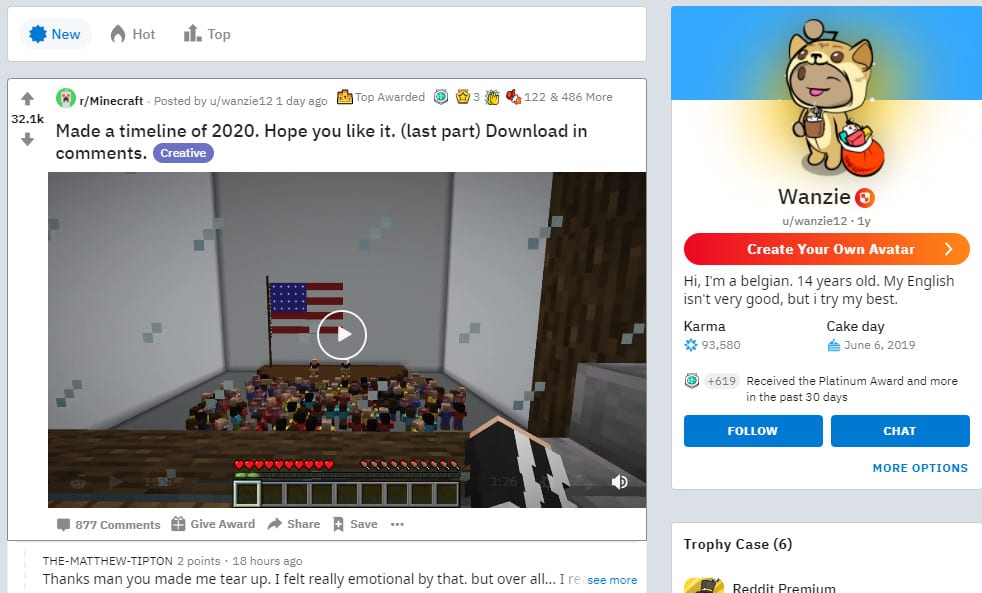 As much as I’d like to forget last year, it is a part of our history. Lots of important stuff happened, and Wanzie worked hard to make lots of in depth builds to show the good times and the bad. The best, and the worst. Thank you Wanzie.

Well, we end off another week with not so interesting news. Although I enjoy reading about the small stuff, like this awesome map made by Wanzie. If you want to look over all the big things that happened in 2020, give it a try. Mojang seems to be quiet in regards to any updates, but I’m not too worried. Team Apex is also back at it again with the awesome weekly hijinks. Disregard my update. Sorry for the mundane report, but not much happened this week. With that said, I hope you all have a great week!