Good morning, everyone! Dave here, coming at you with another week of awesome news. Sadly, I don’t have a snapshot for all of you this week. Mojang is feeling a little lazy this week, not releasing a snapshot for us. Typically, snapshots happen weekly, but they have been known to take two weeks. Rarely have we gone three weeks with nothing. Hopefully, this means that we’re getting progressively closer to the release of 1.17. If anything, I expect a release date to be announced in the coming months with the full Caves and Cliffs update being released before the second quarter of 2020. 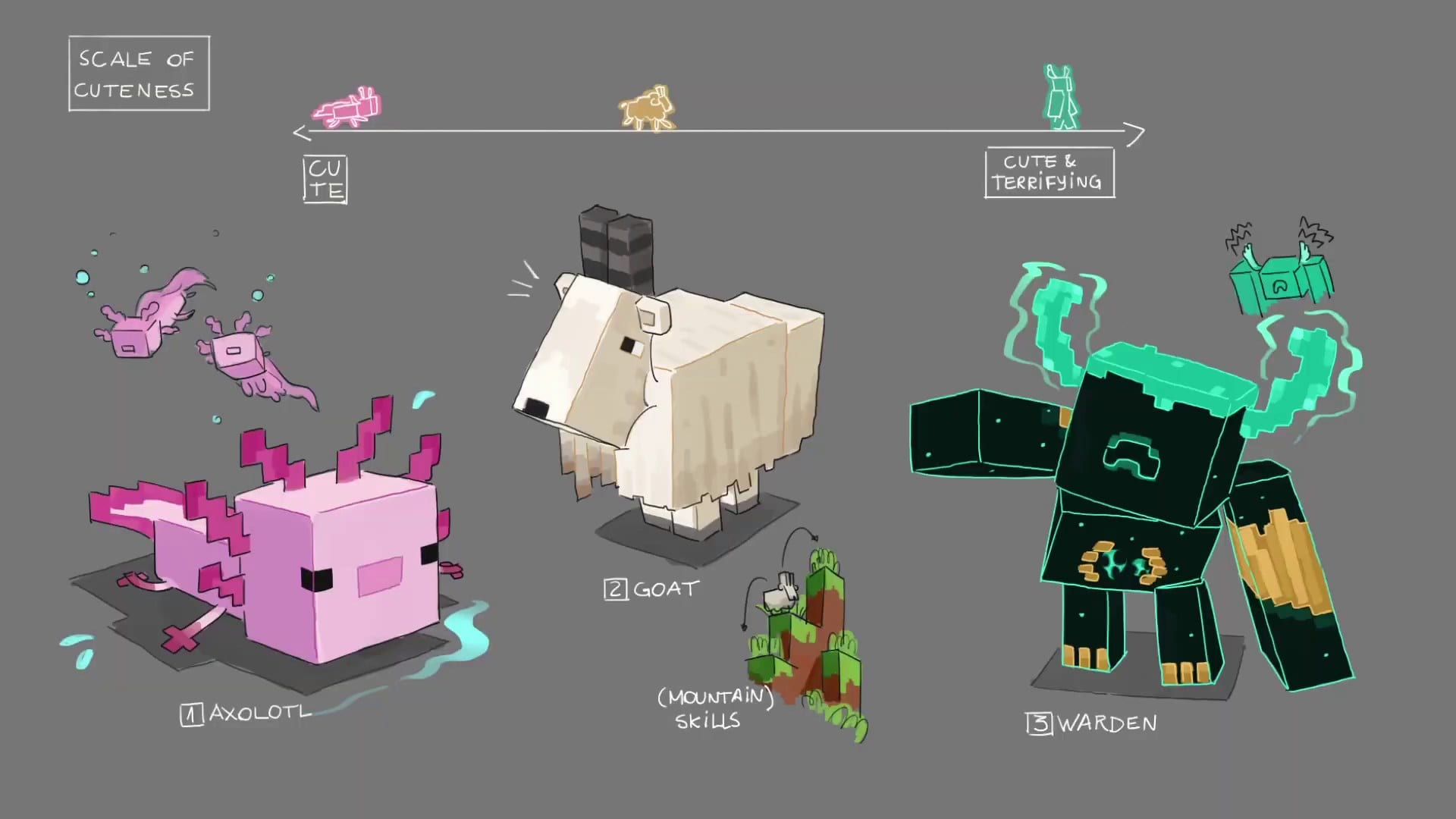 Hopefully next week I’ll be able to bring some good news to you guys, but for the time being, Mojang is uninterested in letting us in on the details.

Get ready to read about the super interesting antics of our superb staff!

Erika: Erika ate chocolate. She has also sewed up some cushions, making her couch fully pink.

Robert: Robert is a sleepy boy and has taken many naps

Ricky: Ricky got a new desk, chair, and made his setup all around better for work.

Eber: Eber has watched many tiktoks. They’re also taking care of their dog, who’s been sleeping with them since then. How sweet!

Elias: Elias is tolerating the return of University.

Joseph: Joseph has been dealing with University exams, lots of sleep, and drinking tons of Red Bull.

Lloyd: Lloyd has been playing something called ‘Tem Tem’ which he says is Pokemon but with economy.

Daniel: Daniel has gotten some much needed computer upgrades, including ram, a new monitor, and a big hard drive. He loves them.

– The Web FTP Delete button now works just like Zip/Unzip and uses a real system command that runs in the background.
– The Footer of the main website and billing have been synced up a bit more. They now both contain the same links and Twitter widget.

Some bad news for all of us. Minecraft Earth is shutting down! In a tweet on January 5th, Minecraft announced that the not-so-long standing app will be taken down. They say that the decision was a difficult one, and many fans are heartbroken. Anybody who spent money on the app at any time will be compensated with a token that can be used to redeem a copy of Minecraft: Bedrock Edition on Mobile.

In my opinion, the takedown of Minecraft Earth should be credited to its lack of success and low playerbase. This is most likely because of the odd AR mechanics, similar to games like Pokemon Go. The world just isn’t ready for Augmented Reality, and the inconvenience of using a phone on a location-based game is just ineffective when taking fun into account. I presume once there is a Google Glass like alternative that is also useful in not just gaming, but day-to-day life then people will be more likely to play an AR based game. Successful games have high accessibility and a low learning curve, while also having massive amounts of depth. This is why Minecraft is so successful. You can do something as simple as chopping down a tree, or something as complex as making an automated farm. 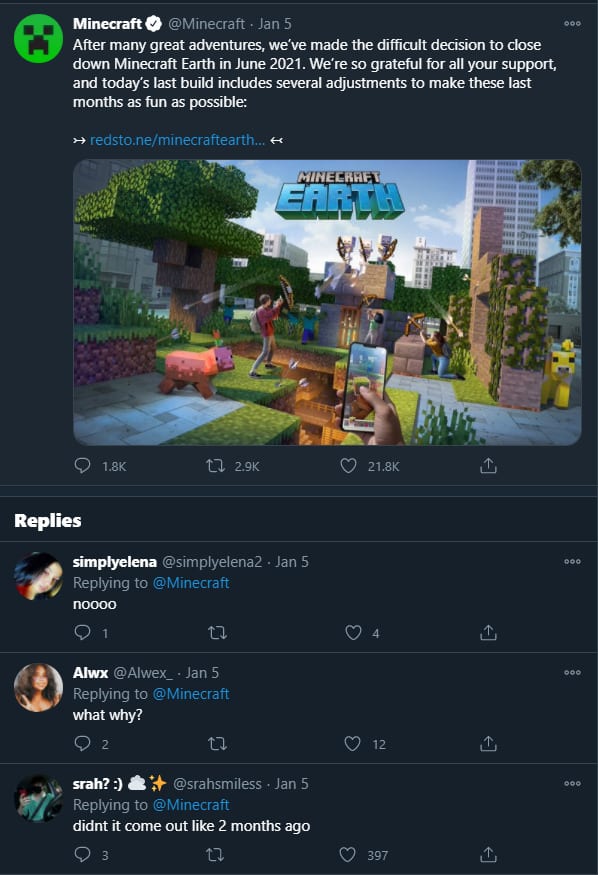 Another day, another dollar. It’s sad to see a piece of Minecraft History go down with a whimper, but then again, mobile apps are doomed to fade into obscurity in a very short time. A much shorter time than normal games. They didn’t even pull the plug on Minecraft Dungeons, and that did relatively horribly compared to its father game, the og MC. I still don’t have much actual Minecraft news for you guys, as Mojang refuses to give us much. As for Apex, we’re doing alright, and we’re having lots of fun making tons of content for you guys. With that being said, I hope you all have a great week!