Another day, another dollar! At least, that’s what my lovely grandpop said before he unfortunately passed. Welcome to the 98th week of our weekly news blog. I’m your host, Dave, and let’s jump straight into it. In regards to Minecraft, we got a typical week here. A new snapshot brings us an interesting chunk of content, all the more closer to the full release of 1.19.

Snapshot 22w16a changes Frogs and Froglights slightly. Now, it can spawn on some new blocks, which should make them more common. (hopefully) Next, music. A brand new music disc has been added, and oddly enough, this one is craftable. The way this has been done is through disc fragments. Disc fragments have now been placed around in the ancient city chests. After obtaining nine, you can fill a crafting table full of them to make yourself the new disc. On top of the disc, new tracks have also been added which should play in-game naturally. Lastly, some randomized events are now more predictable. This encapsulates anything from the placement and velocity of things dropped from Dispensers/Droppers, flight patterns of Fireworks, portion of damage and velocity of Arrows, and much more. This along with numerous bug fixes concludes the update.

Minecraft: Hoppers – an overview blog on Hoppers, how they work, why they matter, and how you can use them.

Our team is ever growing!

Daniel – Daniel has been getting into Eternal Return

Santiago – Santiago states that Power Rangers Battle for the Grid is pretty cool. Maybe I should check it out.

Eber – Eber is playing Longvinter and they like it. From what I’ve heard, that’s like Animal Crossing + Rust, which sounds funny.

Octavio – Octavio is hyped for the new Valorant pass and skins. He also has started playing Killing Floor 2 and Phasmophobia. Quite the library, bro.

Nahuel – Nahuel has been playing Power Rangers with Santiago and is continuing to study german while now doing some programming courses. What a busy schedule!

Erika – Erika learned that onenote exists and is delighted. She claims she feels like a granny who just discovered the internet, lol.

Joseph – Joseph is writing his dissertation. Unfortunately, he says that consumes all of his spare time.

Lloyd – Lloyd is moving to Chicago! Best of luck!

Antonio – Antonio has been playing Phasmaphobia with Octavio and some other friends, thinking of attempting to do a no-hit run in hollow knight. He should! That would definitely unlock bragging rights.

– Discussion/Comment section removed from blogs and guides pages.
– Support for Terraria 64bit has been enabled. It is accessible via the Game File dropdown as its own option. Be sure to take backups of your previous terraria server if you plan to migrate over.
– The bug relating to Java type being unset has been resolved and is now a required forced customization for all Java games.
– We’ve added the option to allow you to disable auto updaters on Terraria and other modded games like Valheim. This was in response to the modding customers that need more control over their server’s core files.

Valheim news? I know, right? Anyway, Valheim has received quite the update in the form of a brand new patch that adds a good amount of content. Let’s dive right in. 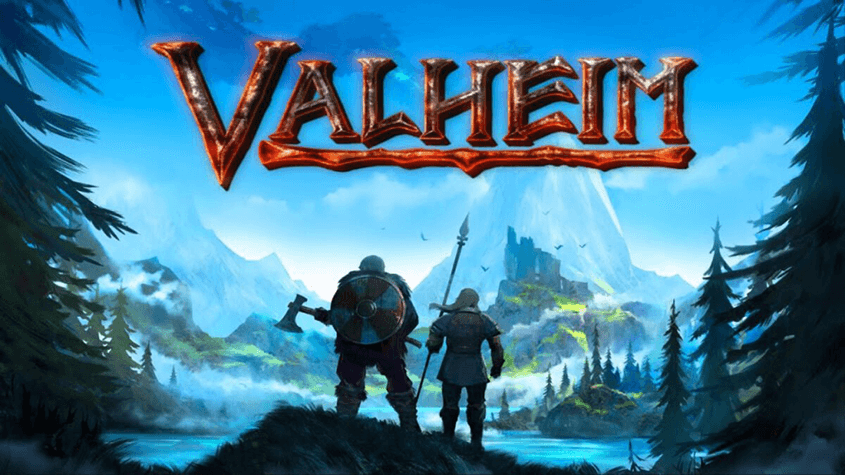 Patch 0.207.20 is the latest patch, pushed out with relative ease. Although this is categorized as a ‘small update’ by the devs, we know better. Frost Caves have been added as a new dungeon, and they will only appear in unexplored areas. New enemies have been added including the Ulv, Cultist, and Bat. New crafting materials have been added in the form of Red jute, Fenring hair, and Fenring claw. New armor sets, weapons, build recipes, and so much more! This on top of numerous fixes and improvements to the quality of life of the game concludes the update.

That’s the week! Minecraft sprung upon us glorious toons in the form of new music. Although I appreciate the hard work they’re doing, it seems we’re getting quite a few songs with each new update, and I’m beginning to think it might get overloaded on the OST. But maybe that isn’t such a bad thing. The Apex team is doing fine, as always. I actually got to talk to a sizeable number of the team today, so that was nice. And lastly, Valheim posted a pretty big update. Well, that’s everything, and I wish you all a wonderful day!