Hello and welcome all of you beautiful clients, to the best blog in town! We have a relatively small haul compared to most weeks, but I’m still gonna do my best. Let’s get started with our Minecraft content, coming at you with a regularly scheduled snapshot.

Snapshot 22w15a brings forth a few new features. A new advancement has been added in the form of “When the Squad Hops into Town” which can be rewarded for getting each Frog variant on a Lead. Another new advancement titled “Sneak 100” for sneaking near a Sculk Sensor or Warden to prevent it from hearing you. I’m not sure what the first one is referencing, but the second advancement is totally a Skyrim reference. Lastly, and most importantly, the WArden has a new ranged attack. Apparently, if the Warden is unable to reach the player for a prolonged amount of time, it will switch to a ranged attack where their rib cage opens up to shriek a sonically charged ranged attack that can penetrate walls. Holy crap! You definitely don’t want to trigger the Warden now, as you can’t even reliably run away. This along with numerous changes and bug fixes concludes the snapshot.

Close to a hundred blogs. How exciting!

Aaron – Aaron is hungry. That is all.

Dalton – Dalton is on his fourth Elden Ring character, and I don’t blame him. The game is simply addicting.

Otavio – Octavio is playing some phasmophobia with friends lately, and getting better at it too. However, he says the jump scares will never end.

Daniel – Daniel is getting back into Eternal Return.

Project Zomboid has been hard at work on the ever-elusive yet highly anticipated NPC update. Build 41.69 is still in progress, and they’re testing a bunch of changes at the moment, eager to get them out there. They are still weighing up the cost of disrupting the MP servers with the benefit of the goodies within and making the call on when they will push to unstable and start the release process. 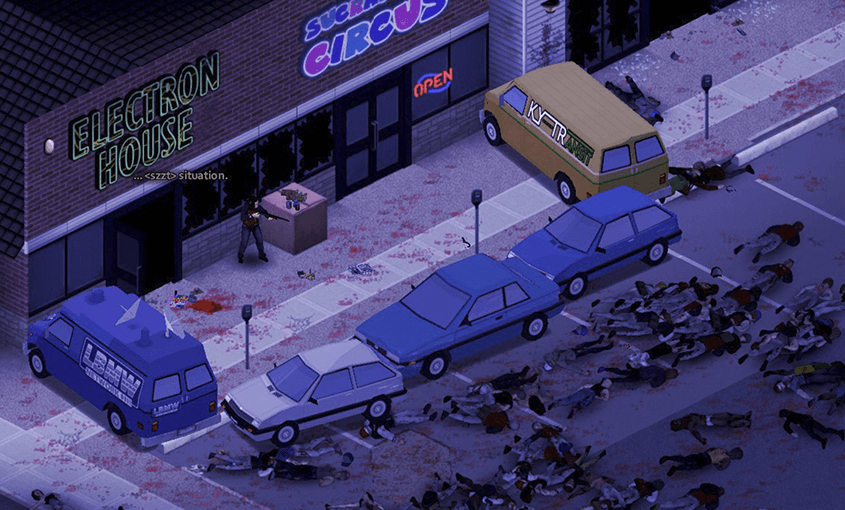 Many new features have been at work, with lots of love being put into NPC narratives. An NPC ‘meta’ system explanation was given, where it shows that a powerful narrative event system will be used to add context-driven storylines dubbed ‘storylets’ together into a convincing narrative for the streamed-in world. Essentially, NPC’s should feel like they are naturally reacting to in-world events and they should have realistic interactions with the player.

Welp, that’s the week! Minecraft came in with an interesting change to the Warden, which seems like a targeted attack on all ‘cheese’ players, or those who look for creative solutions that exploit the game’s features. A ranged attack that goes through blocks, though? That’s crazy. Next, the Apex team are doing fine, with a surprising amount of them watching Better Call Saul. Must be a great show. Lastly, Project Zomboid’s developers are hard at work crafting the new NPC update. All in all, a great week. I wish you all the best!