Hey everyone, I’m your boy Dave, and let’s get right into the news! Minecraft slaps us in the face, punches us in the gut, and kicks our shins in with a new snapshot! This week is definitely gonna be one to remember, at least until 1.19 drops.

Snapshot 22w14a brings us a few new features which are quite interesting and unexpected. A brand new compass, item, biome, and mud functionality. What did we do to deserve such a unique, jampacked snapshot? Anyway, we start with the mud. Apparently, now Mud can be drained by placing a mud block above a block that has dripstone hanging from the bottom. You will have to wait a fair amount of time which is unspecified, but you will be left with dried-up mud, which has a nice gray texture. The new biome is the Mangrove Swamps. This is a nice biome filled with the new Mangrove Trees caked in mud. Essentially an alternate swamp with more emphasis on the Mangroves. It also has a unique water color which is slightly different than the normal Swamp water. Next, the Recovery Compass. This is a new compass that leads you to the last place where you died. How cool! There are tons of mods that have similar functionality, but I never expected Vanilla to implement something like this. Lastly, Echo Shards. This new item is simply a crafting ingredient used to make the Recovery Compass. It may have more functionality in the future, however.

We’re running close to a hundred blogs, and I think that’s pretty exciting!

Santiago – Santiago suggests that wireless chargers in a vertical position are cool, and recommends that we try them. I dunno, doesn’t seem worth the price.

Daniel – Daniel claims vertical mice are cool, and that it has been a while since he’s used a regular one. Blasphemy, tbh.

Octavio – Octavio watched how I met your mother, and he thought it was nice, but doesn’t know if it was worth it. I think it is, since it’s a good show.

Matt – Matt has switched to Opera GX as his main browser and has been playing on the new SMP they’ve released. Browsers have SMPs now?

It’s been a while since the last Rust update. To be exact, March 3rd. This latest update is as recent as April 7th, and is dubbed the Zipline & Rail update. It brings a few new features which are sure to spice up the game, along with numerous improvements and bug fixes. 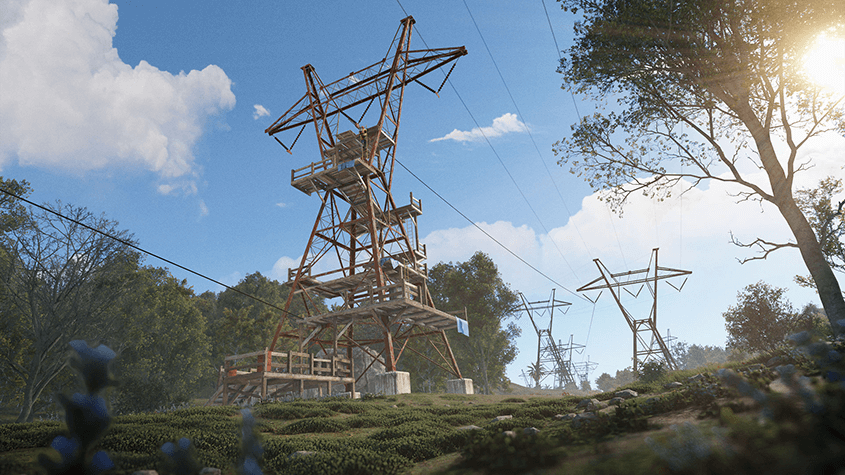 Powerline ziplines have been added to Rust, as well as an entirely new procedural rail network. This is the first iteration of the procedural rail network, and any map size of 4250 or larger should have a single railway in the shape of a ring going around the entire island. The developers acknowledge this is more of a tech test or proof of concept for now, as there is no gameplay element. In the near future, the plan is to have the player drive above-ground trains on these rails. How cool! In regards to the powerline ziplines, though, they are as you would expect. Usable ziplines allow the player to traverse the map with better verticality through the use of powerline platforms. The Rust team showed off this functionality in a recent trailer put out on their youtube channel. There were also more graphical improvements made to the lighting in numerous locations.

That’s all, folks! Minecraft surprised us with a very interesting interpretation on death compasses from numerous other mods. Although it came out of the blue, it is still much appreciated, and a unique reward to receive in 1.19. The Apex team is also doing well. I wasn’t able to interact with too many of them today, but the ones that I did talk to seem to all be having fun. And lastly, Rust had a very cool update which brought a new feature as well as set the foundation for future expansions. Overall, a great week. I wish you all a wonderful weekend!