Hello everyone and welcome to our weekly news blog! We got some spicy happenings this week, especially regarding the mob vote results, so let’s get right into the news.

The results are in. The winner of the 2022 mob vote has officially been announced, and to the surprise of absolutely nobody…the Sniffer won the vote! This humongo-bungo ancient mob is definitely worth the victory. Not only is the Sniffer larger than the Tuff Golem and the Rascal combined, but it sniffs! It has a big cute nose and yeah I’m just rambling at this point because I really like the Sniffer. There are some mixed feelings in the community about hosting the mob vote in-game rather than on Twitter or any other third-party service, but this system will most likely continue on to next year as well. 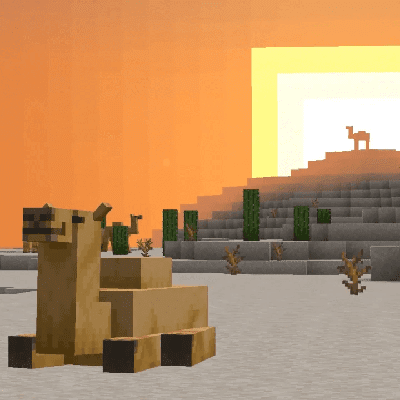 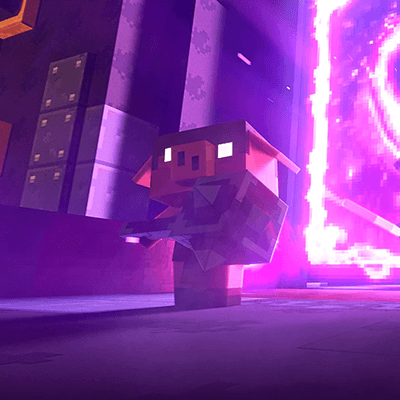 That reminds me, Minecraft Live 2022 happened! Lots of stuff was shown off, but the most interesting thing to me was Minecraft version 1.20. Unfortunately, a name for the update hasn’t been given but many features which will be included in the update were shown off. Bamboo will now be used to make a new type of wood, Bamboo planks! There’s also going to be a new ‘hanging sign’ which acts exactly as it sounds. It’s a sign that hangs rather than being placed on a wall. Also, Camels! Camels are making their way into Minecraft and they look awesome. There’s a chance that there could also be a Desert revamp just as there was a Swamp revamp, but there’s no guarantee. Lastly, the Raft was discussed. We’re not too concrete on the functionality, but we do know it will be an alternative to the boat.

Furthermore, there were discussions about Minecraft Legends with there being a first look and a demo showcase. Minecraft Legends is a new game being made on the Bedrock engine which will be added to the Minecraft franchise. It is a brand-new action strategy game made by Mojang Studios in partnership with Blackbird Interactive. During Minecraft Live 2022 there was a lot discussed about the game. Minecraft Legends will have much deeper storytelling than Minecraft with an emphasis on the stories you make as the player. Discover what it means to be a legend in this great tale that may or may not be totally true. Although this game will not play like Minecraft, it is a familiar world with familiar faces that has its own personality. I can’t wait to get my hands on this game.

Just had my performance review. Found out I’m a mediocre blogger, but that’s gonna be changing real soon!

Dan – Daniel has been working on swapping engines in a new car project. Neat!

Aaron – Aaron is debating on purchasing a Nintendo Switch. I say nah. The Steam Deck exists.

Nahuel – Nahuel just came back from a vacation to Germany, and it was great. I’m glad you had fun.

Santiago – Santiago plans on going on vacation to Mendoza. Enjoy your stay!

That’s the week! Mostly Minecraft news this time, but that’s because just so much happened. The 2022 Mob vote results were quite interesting. I also loved learning about the latest version of Minecraft and what awesome content it will include. We got a window into the latest addition to the Minecraft franchise, Minecraft Legends. Lastly, the Apex team is having a decent week as always. With that being said, I hope you all have a wonderful weekend!