Hello everyone and welcome to our weekly news blog! We got some relatively interesting news this week, especially regarding the mob vote. Without further ado, let’s hop right in! 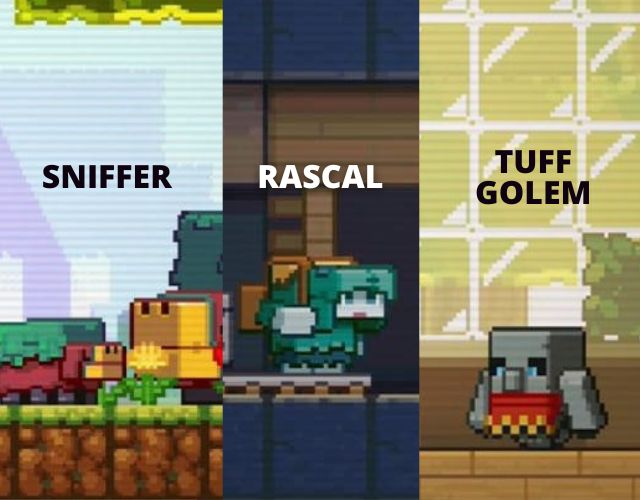 The Minecraft mob vote is going kind of crazy because for the first time in a long time the players’ choice of which mob should be added seems to be headed in a landslide in one direction. Your choices are the Tuff Golem, a statue with a twist – it comes alive! When the tuff golem awakens, it will walk around, pick up, and hold any item it comes across. Don’t worry, it will return to the same spot that you’ve placed it when it turns back into a statue. It may be a work of art, but you’re the designer. Next, the Rascal – a mischievous mob that loves to play Hide & Seek! The rascal lurks in underground mines, waiting to be found. If you spot the same rascal three times, it will reward you with a prize so keep your eyes open! Lastly, The Sniffer. This ancient creature was once part of the Overworld’s ecosystem, now you can bring back the sniffer if you can find its egg! Hatch new mobs, breed them and figure out how to make the sniffer thrive once more. There are seeds out there that only the sniffer can find!

Unsurprisingly, the Sniffer is currently winning by a landslide. Everyone absolutely adores its design, animations, and overall look to the point where the other mobs don’t seem to stand a chance. We’ll find out soon enough whether this mob actually wins, but I know who I’m voting for! That’s right! Kanye!

Octavio – Octavio has been playing Phasmophobia since it got a Halloween update.

Samantha – Samantha got hyperfixated on Grounded during her vacation.

Daniel – Daniel dismantled his entire factory in Satisfactory to improve the aesthetics of it. He’s also looking forward to the All Saints Wake event in FFXIV as well!

Dalton – Dalton’s joycons decided to melt themselves after a repair. That sucks.

It has been a hot minute since we’ve checked out what Rust is up to. What have they in store for us this time? Rust dropped a fairly vague trailer for what they’re titling the Lumberjack Pack. 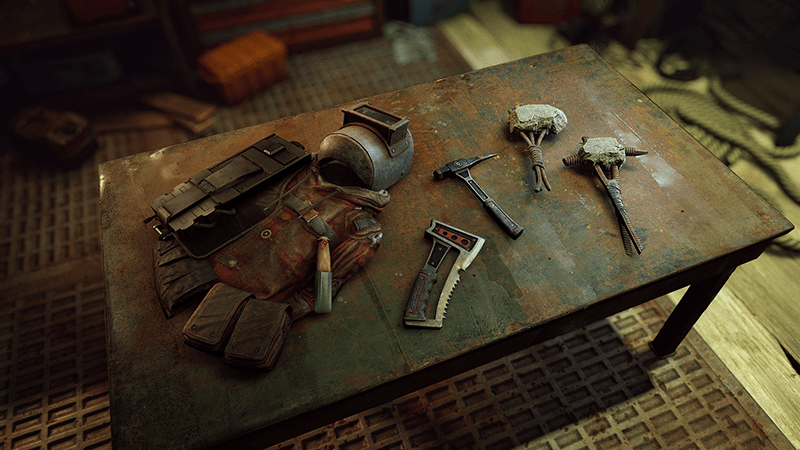 This month the Rust team is introducing a new addition to Rust’s permanent store, the Lumberjack Pack. The pack contains five items, four tools and one hazmat reskin. The Lumberjack Hazmat is a handcrafted upper-body mechanical exoskeleton. Forged with hardened metal and toughened materials, it’s the perfect outerwear for roaming the forests. The Lumberjack suit is a hazmat replacement skin that can be applied while crafting the hazmat or skinned using the repair table. The Lumberjack suit offers no in-game bonuses. Get yours today!

That’s the week! Minecraft is oddly close to selecting the newest mob which will be revealed at Minecraft Live. I can’t wait! The Apex team is doing great…besides Dalton. Unfortunately, he’ll have to deal with his melting joycon. Lastly, Rust released a very nice-looking cosmetics pack. I love the use of rebar as handles! In any case, that’s the week. I wish you all the best!