Welcome to the current week of our amazing blog! Dave is on holiday this week so I will be covering for him until he gets back. Don’t worry, I promise to live up to his expectations! There is a lot going on this week for both Apex and Minecraft so let’s get right to it. 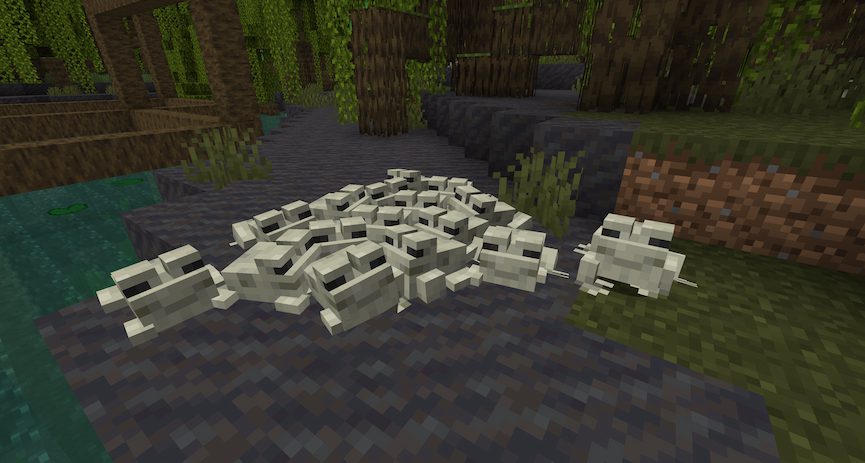 The pre-releases for the Wild Update have arrived! Mojang has also announced the update will be officially released on June 7th. We are just a few days away from basking in the new mangrove biome and fleeing in terror from the warden! They have made a ton of changes to the game including a bunch of bug fixes. Here are a few of the highlights from the different pre-releases.

Skeletons, Wither Skeletons, and Endermen can now spawn in the Nether at light level 11. This gives us a lot of new options for farming these mobs if you are good at that sort of thing. For me it just means I will be dying a lot more often and annoying my friends for spare gear.

Tadpoles and Frogs are both attracted to slime and you can increase tadpole growth by feeding them slime. With this addition I am finally able to conquer the world with my amphibian army.

The Warden becomes angry when it gets stuck in a liquid and will despawn. Pretty understandable, I wouldn’t be happy if I got stuck in a pool of lava either.

Sculk Sensors can detect when an entity teleports or when making changes to blocks such as changing dirt to a farm or filling a cauldron.

Sculk Sensors react to players interacting with items such as loading a crossbow or eating food. This only happens at the end of the interaction, so drawing a bow for instance won’t trigger the sensor but firing it will.

The Warden’s sonic boom attack can now completely bypass the Protection enchantment. If you see the Warden preparing a sonic boom now it is better just run away.

The bug that kept the Allay from fleeing after they took damage has been fixed, so be nice to our new blue friend.

How to Set an Arma 3 Server Password – A guide to add a password to your Arma 3 server and keep out any unwanted players.

How to Install and Use TitleManager – This is a really useful plugin for creating scoreboards and editing the player list. We use it in a lot of our own gamemodes as well.

How to Start a Parkour Server – How to use our Parkour game mode and show off your amazing parkour skills to your friends.

How to Install and Get Started with Astral Sorcery – A basic guide to help you become the most powerful cosmic wizard in all of Minecraft with the Astral Sorcery mod. 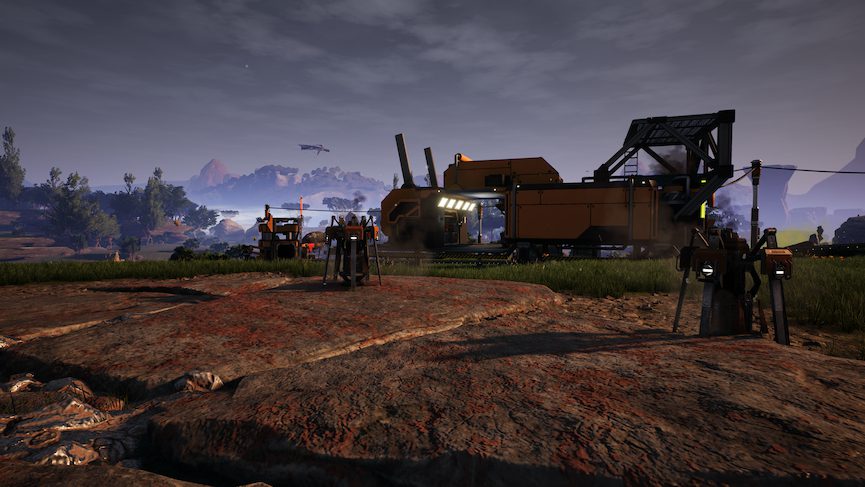 Lots of us are getting into Satisfactory and we are all looking forward to the release of Minecraft 1.19.

Antonio & Octavio – Antonio and Octavio have been playing Stardew Valley with friends and are having a great time.

Dalton W. – Dalton has brought home a custom PC desk and is getting ready to assemble his main build. We can’t wait to see the finished project.

Santiago O. – Santiago was a bit disappointed with Bravely Default II, but still thinks it is a decent game. He is also about to start playing Satisfactory.

Matt M. – Matt has started playing Satisfactory and is planning to go to the first game in the Detroit vs Cleveland series this week. We hope he has a blast!

Ricky R. – Ricky has been thoroughly enjoying V Rising and strongly recommends it to anyone curious about the game.

David D. – I just got Satisfactory and if my beard is any indication I am definitely addicted to it. I’m loving being part of the Content team now, but I really miss working with my amazing team in Tech Support.

Eco and Starbound are Here! 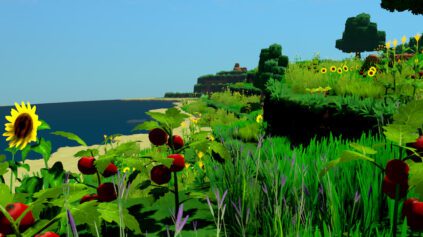 Eco and Starbound have been added to our lineup. Both of these games have a heavy focus on crafting, so we are dying to see what players create on their servers with these games.

Eco is an awesome game that focuses on building civilizations and managing resources without destroying the environment. Everything you do can affect the world around you so you have to be really careful about every choice you make. It was heavily inspired by Minecraft and Rust and has a lot of similarities to them. Choose paper instead of plastic and turn your lights off when you leave the room and you should be able to save the world… maybe.

Starbound is an awesome option for fans of 2D survival games. Players have an entire procedurally generated universe to explore and build in. The gameplay looks a lot like Terraria but the premise gives me No Man’s Sky vibes. Every planet is unique and there are several alien races for you to interact with and recruit onto your ship. Or you can be like the rest of us and torment the aliens and conquer their planet for your new empire.

That’s it for this week! Mojang’s release date announcement is super exciting! The pre-releases have been a lot of fun to experiment with and we can’t wait to see the final product on June 7th. The Apex team is gearing up for the Wild Update and we are having a lot of fun with Satisfactory. Finally, we have expanded our library for our amazing clients to enjoy. I hope all of you have a relaxing weekend and an awesome week!