Oh what a beautiful day it is to be alive, wouldn’t you all agree? Let’s kickstart the 70th weekly blog the old-fashioned way, with a healthy dose of snapshot! Snapshot 21w39a makes a splash addressing itself as an advanced snapshot! With this update, you can once more open worlds from previous versions with a fairly large warning.

The technology of Part II is incomplete as of now, so don’t expect your world to make it out unscathed, but at least it’s possible. This snapshot mainly brings advancements and technical changes besides the backwards compatibility with worlds. This along with numerous bug fixes concludes the snapshot.

What is the Best Food in Minecraft? – An epic blog written by yours truly which serves to teach you all which food item is the best in all of Minecraft? Spoiler alert, it’s Beef.

Chunk Errors can happen to anyone, we can help – A new Youtube short animation that we’ve made that showcases a chunk error that occurs in an unfortunate player’s server which is then repaired by our awesome tech support, Doug! Super clean animation if I do say so myself.

Erika – Erika is going to university and has a new kitten! How adorable.

Octavio – Octavio has been playing Valorant lately, and has liked it more than he thought he would. Apparently, it’s very fun to play with friends even if you’re bad at it.

Jigbon – Jigbon is playing Diablo 2 because he wasn’t allowed to as a kid!

Kyle – Kyle has been completely consumed by New World.

So there isn’t exactly an update to show you guys, but there is news relating to Rust! Charitable Rust is a program that raises funds for charity through rust, and they’ve raised well over $500,000 so far! Their new charity, Preemptive Love, will begin on November 20th at 11:00 AM EST.

A new part of Charitable Rust is a Skin Contest. If you’re a skin maker and are interested in contributing to the contest head over to the official Steam Event Post for further details on how to enter, rules, and cutoff dates. Very cool!

Oh, Valheim. It’s been a good amount of time since the last content drop for Valheim, and that amount of time will persist because there ain’t much new today! There were, however, two new patches at the beginning of this month. 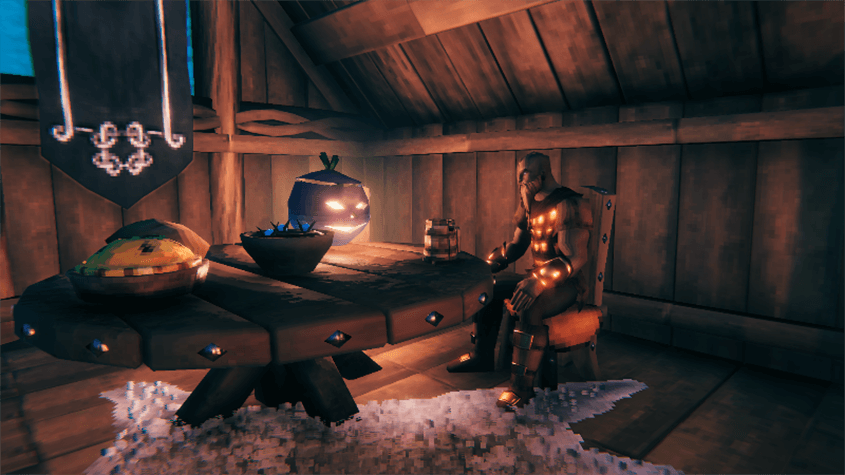 Patch 0.203.10 and 0.203.11 make a few balancing changes and adjustments. These changes still seem to be centered around the food system and stamina, which were recently reworked in the latest Hearth and Home update. There were also some adjustments to durability and tweaks around specific weapons. This along with bug fixes concludes the patches.

And yet another week comes to a close. It’s been a while since I covered so many things in one week’s worth of news. Minecraft’s latest snapshot was pretty simple, just like the last ones. The Apex crew are doing their usual thing, playing new games and such. Rust addresses some very cool charity work happening in its community. Lastly, Valheim releases some fairly standard patches that serve to improve the game before its next large content update. That’s everything, and with that said, have a great day!