Hello and good afternoon everyone! I’m your host, Dave here with the weekly news blog. We’re on our 60th week going stronger than ever and we’re bringing you the latest and greatest news from all over the Minecraft world. In regards to updates, it has been pretty dry lately. Ever since the 1.18 experimental snapshot, we’ve had nothing to consume and it’s starting to show.

I don’t wanna say that Minecraft is getting stale, but everyone knows that a game gets old without consistent content updates. It’s just how gaming goes. There isn’t really an accurate way to determine when 1.18 will release, or when more progress will be made but rest assured it will eventually release! Just remember the perilous yet worthwhile journey we had waiting for 1.17! And the update before that! You get the idea.

The latest and greatest, courtesy of yours truly!

Daniel – Daniel has refused to discuss his news with me. Truly a shame. Actually, scratch that, he’s onboard. He says that he’s got a 4k TV/Monitor and a Blu-ray player that supports 4k. The blue-ray player has a region lock despite what was advertised, so he has to hack it later to be able to play other region discs.

Erika – Erika asked me where the waffles were. I have no idea what the heck she’s talking about, but I’ll work hard to find them!

Allan – Allan wanted pictures of the tacos. Sadly, Santiago ate them all.

Octavio – Octavio acquired his first true PC, and he says the monitors are huge.

– Our entire Knowledgebase on the main site has been restructured. You can now find more sections and easier to navigate categories. This will allow us future expansion into per-game articles, coming soon.
– Our Pricing page has been redesigned to make it more noticeable that we offer multiple games. There is a game selector at the top of the page that will filter the allowed packages, and automatically select the game at checkout.
– New easy to access upgrade/cancel/panel buttons for services in WHMCS are shown in the Active Services widget on client homepage.

The Valheim devs haven’t put out a new update yet, but they’re still working hard on the upcoming and highly anticipated Hearth & Home update. They showed off some cool features, like a haul of loot, coin stacks, coin piles, treasure chests, iron gates. All items with the intention of storing and protecting your valuable wealth! 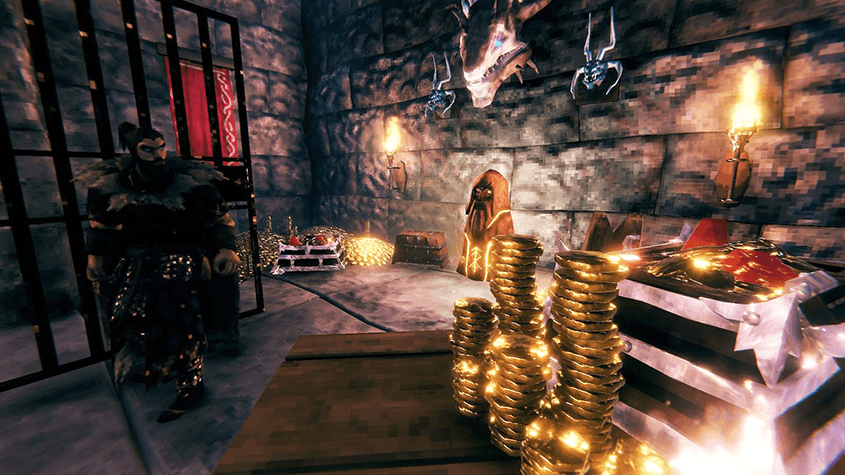 Furthermore, the devs claim that they will have three new developers joining the Iron Gate team next month. A programmer, an animator, and a QA Manager who they’ll introduce soon. This definitely is grounds to speculate that development will speed up significantly, as the indie studio was quite small before Valheim blew up. These new devs are bound to bring this game to full release much quicker than anticipated. If you would like to read more about the update you can check out the official Steam News Hub.

Welp, quite an uneventful week. I wanted to report on Rust content, but sadly there just wasn’t anything to work with. I suspect that by next week there’ll be another content update, but that’s just speculation. Minecraft’s 1.18 Caves and Cliffs Part 2 update is also on its way, so that’s nice. The Apex crew is as lively as ever, and a lot of their updates are pretty funny. Valheim showed off some features from the newest incoming content update, and dayum it looks blingy! So much gold and wealth galore! Anyway, that’s everything this week. I hope you all have a wonderful day!