How to Install the ViveCraft Mod for Minecraft

Playing vanilla Minecraft can be very entertaining for most players, but many will forget the sheer size of the world. We become so accustomed to the building and combat mechanics that we begin to take it for granted. This is no longer the case with ViveCraft, a Minecraft mod that allows VR players to experience the game in a new light. Mobs become a terrifying force, blocks tower above you, and every movement is dictated by your own actions. In addition to this, other players can use a Non-VR client to see the hand movement from VR. All of this completely changes the game, tossing you into the action. Getting started with ViveCraft may be confusing for unfamiliar players, so we have created this Apex Hosting guide to help you get started.

ViveCraft was originally created in 2013, going by the name MineCrift. It was created by mabrowning and StellaArtois as a seated VR experience for Oculus development kids. In 2016, jrbudda and Techjar began updating the mod to add new features, compatibility, and allow it to stand out compared to its previous iterations. The mod allows you to experience Minecraft as a free-standing or seated VR experience, where hand movements can control your actions.

While ViveCraft has the ability to move your arms around, normal players will be unable to see this movement. Installing the Non-VR version of ViveCraft rectifies this issue, as it is a slightly modified vanilla installation to properly view VR players.

To download this version, simply visit the GitHub from previously, but download the file that says NONVR instead.

Once the file has been downloaded, simply open it to view the installer menu. 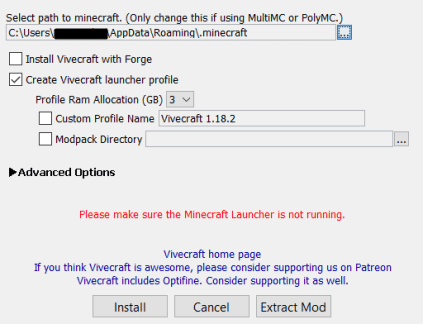 Within the installer, you will find a variety of options and settings to choose from. By default, most settings can be used without any issues. Some options include using Forge, changing the RAM amount, and customizing the installation name.

Once you are ready to proceed, press the Install button at the bottom to begin the process.

Once the installation is completed, you can open your Minecraft launcher to locate and select your ViveCraft installation. Press Play like any normal installation to get started!

In addition to having the VR and Non-VR client, servers will also need to be modified to allow for proper ViveCraft gameplay. While it will function on vanilla, some features may be affected:

This issue can be fixed by using one of the multiplayer add-ons for either plugin or Forge servers. Just download the .jar file, then download it to your server as usual. Each download is found on the downloads page from previously. 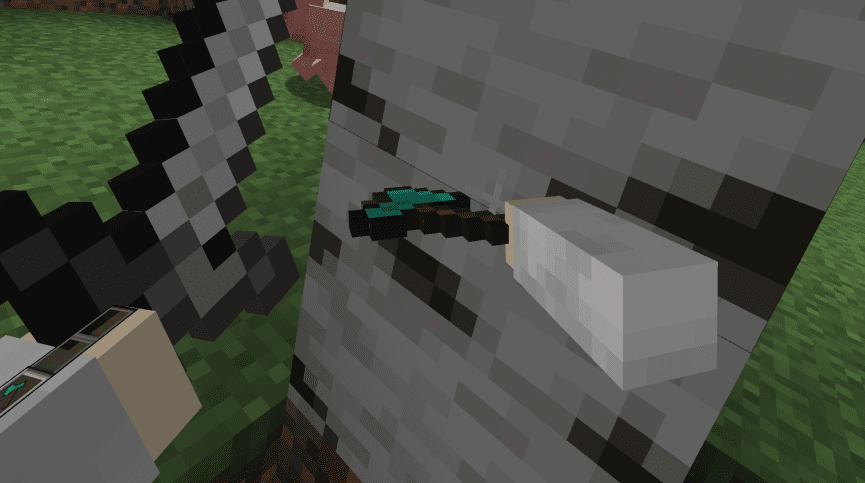 There are many features that are included within ViveCraft.

For the full information on how to play with ViveCraft, consider visiting the official How to Play page. Here you can learn the different motions for play as well as using the in-game menus.

Following this, you now know how to install ViveCraft and some of the features that this modification includes. Minecraft does have an official VR version, but it pales in comparison to all the features that ViveCraft includes. All GUI menus can be accessed from in-game normally, as well as quick-commands for servers. You can even scale your character to view the world as an ant or a giant. Even the most mundane tasks from vanilla like eating become way more exciting, as you can actually bring the food up to your mouth to eat. With so much to do and explore, your only limit is your imagination, so jump into the world of ViveCraft and start playing!