The Overdevelopment of Minecraft 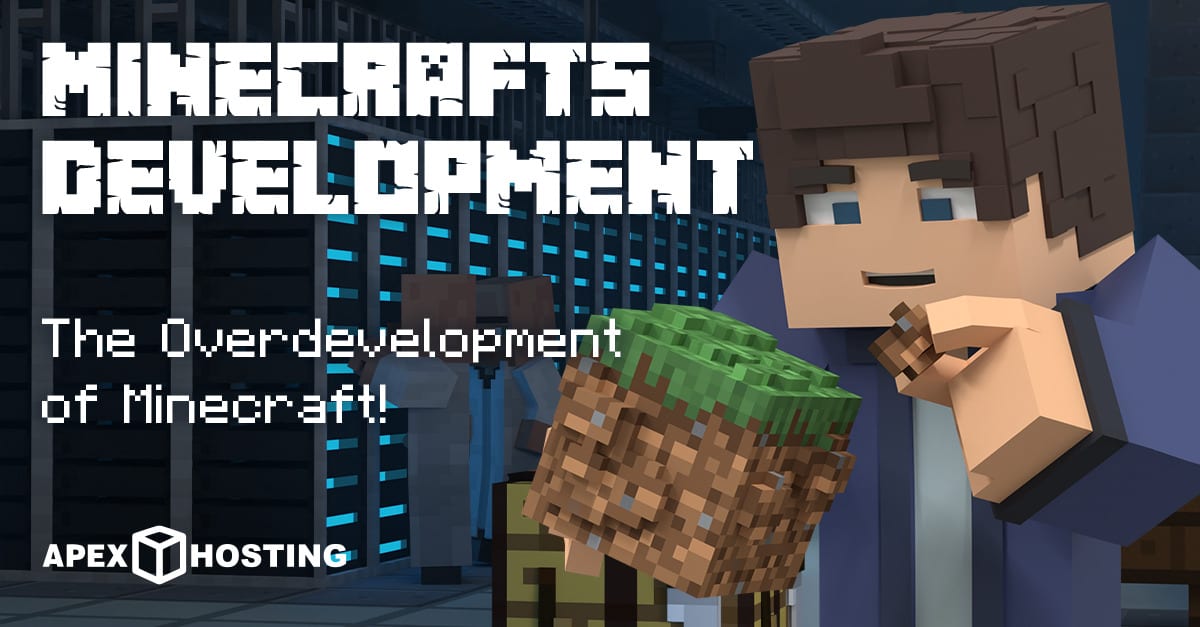 When I was younger, Minecraft was an incredibly simple yet endearing game. There was no infinite landscape filled with never-ending variations of dozens of biomes. There were no mobs, or servers to join other players. The ‘development team’ consisted of one guy with lofty ambitions. Although this was the case, Notch most likely would never have guessed that this simple block game would develop to become the largest video game in the world, and that Minecraft would make itself a household name in most countries. 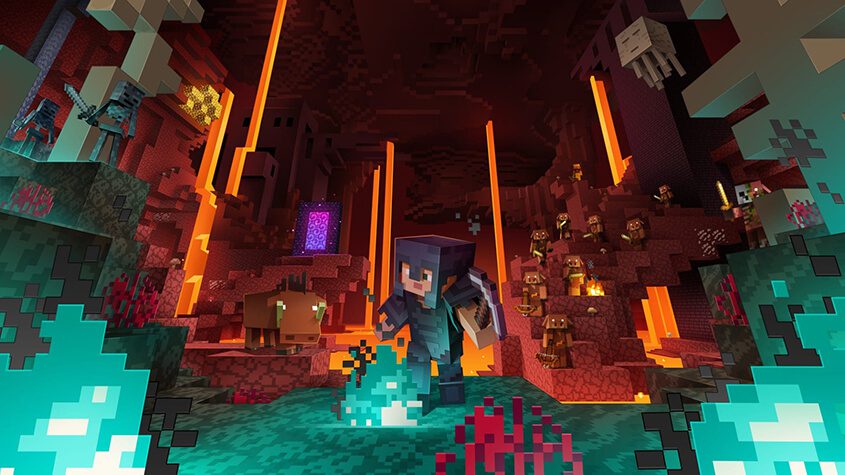 It’s honestly amazing. This is all good, right? Minecraft is larger than ever, and Microsoft plans to update the game with content for the foreseeable future. So, Dave, why are you writing this? Let’s delve deeper into the implications of the constant development of Minecraft and the never-ending addition of content.

Minecraft in the gaming industry

Although Minecraft is the most popular video game in the world, and arguably the best example of what a video game and its respective development studio should be, it is not like any other game. We haven’t really addressed it, but Minecraft is now a fully released title. This means that it has exited its Alpha and Beta stages to what is now considered a ‘finished’ release. Yet content is still being thrust onto the playerbase, updates are still being made, bugs being fixed, newsletters sent out, etc. 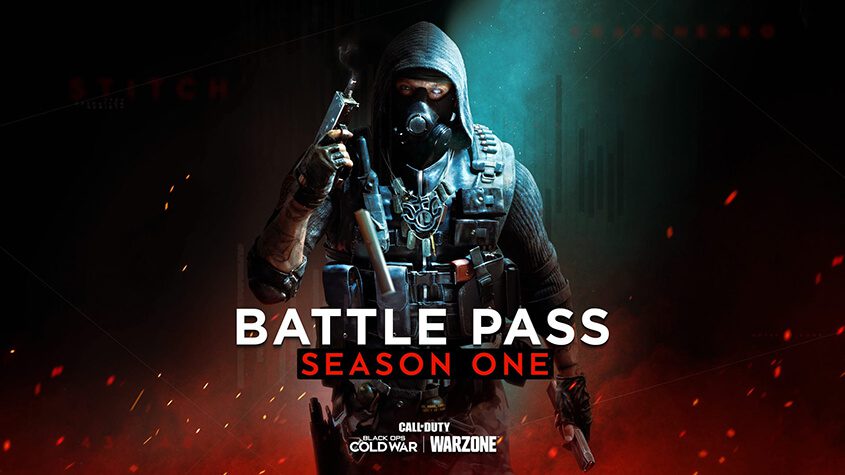 The idea of video games as a live service is a relatively new idea that has been perpetuated by modern-day AAA titles. It was popularized by Fortnite, with its infamous Battle Pass, a well-designed and maintained monetization model that adds free and paid content that can be unlocked more proportional to the amount of time spent playing the game. Typically, a new ‘season’ starts every quarter of the year along with another Battle Pass. Most major titles are jumping on board such as Call of Duty, Apex Legends, Rainbow Six Siege, even single-player games such as Doom Eternal! Battle Passes are a way to keep players playing over the long term and have been considered a great alternative to the typical DLC model of monetization almost universally. Studios now release content like in-game maps, weapons, items, etc. for free, mainly relying on Battle Passes for money.

Now, Minecraft is nothing like these games, but the state of the gaming scene as a whole can give us perspective as to how Minecraft will move forward. Currently, Microsoft and Mojang do seem to be leaning towards this live service model with the quiet yet prominent presence of Realms Plus. A good chunk of you have probably never heard of Realms Plus, as it only affects Bedrock players. Essentially, it’s a premium subscription service that gives players access to Marketplace content that would typically cost Minecoins. Rather than buying individual maps or resource packs, you can pay this monthly fee to have access to all of them. Is this like a Battle Pass? Not really, but the idea that I am trying to present is that Microsoft and Mojang will learn from the rest of the gaming industry and adapt accordingly. Charging Minecraft fans money for each update would be outrageous. The Minecraft Marketplace is already controversial, especially among Java players.

One could argue that the Java players and boycotting Bedrock players are merely entitled, and that the monetization of community-made content has a positive impact on the quality of said content. This argument can be made in full utility, and has a lot of merit to it, as there are a lot of amazing maps and resource packs offered by the Marketplace. However, I would argue that the community on Curseforge, Fabric, and other Java-based platforms has been able to monetize their own content just fine, without the middleman of Microsoft taking their cut. With services like Paypal, Ko-Fi, and more, community developers have done just fine for themselves. 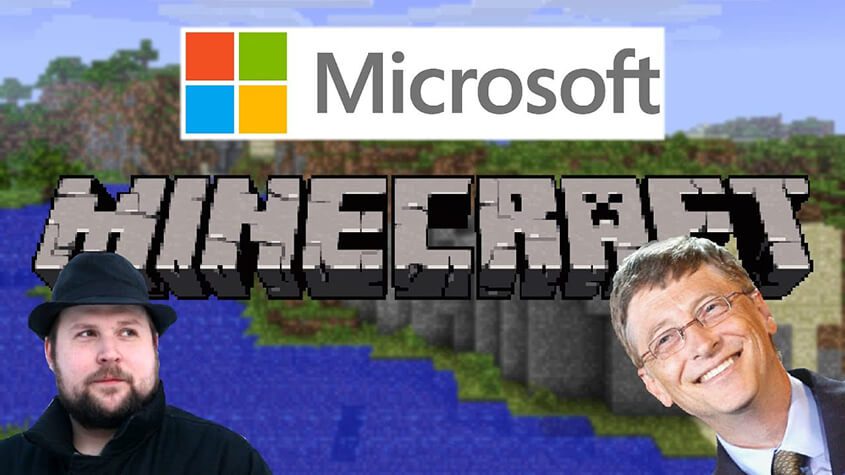 The corporatization of Minecraft and its related properties is the direct result of its acquisition by Microsoft in 2011. Now, in Microsoft’s defense, Mojang has had full independence when it comes to creative direction and overall control of Minecraft itself. On the other hand, near around Update Aquatic 1.13, Mojang announced that Minecraft would finally have a consistent update schedule of around two updates per year. Although consistency is appreciated, one can’t help but wonder when it will end?

The definitive version of Minecraft

Minecraft’s updates as of 1.13 have been mainly focused on fixing preexisting aspects of the game in a general improvement style of update. Update Aquatic injected life and variety into the oceans. 1.14 revamped the villagers, their homes, trading economy, and more. 1.15, which was disguised as the “Buzzy Bees” update was a technical overhaul of the neglected decrease in server performance and optimization past 1.12. 1.16 reevaluated the Nether and introduced new biomes with the intention of making the Nether interesting enough to stay in for prolonged periods of time. And now, 1.17 plans to introduce new cave generation and more technical changes. What will Minecraft do once there is nothing left to reevaluate? Will there be a finish line?

Realistically, Microsoft will probably convince Mojang to continue development for further updates as long as there is interest in Minecraft. Not only is it a timeless game that has been able to stay relevant through thick and thin, but the live service model is only becoming more popular. Microsoft will continue to profit off of Realms subscriptions, future sales, merchandise, conventions, crossover titles, and more. Well, maybe not the crossover titles. Those seem to fail quite frequently. Regardless, pulling the plug on future development is a less than ideal decision business-wise, especially at the peak of its popularity. One could argue that the constant updates and massive content drops will lead to something that is not recognizable compared to its original state. This brings me to my next point.

Overdevelopment, and its implications for Minecraft

Most people will agree that Minecraft in its current form is almost unrecognizable to its first prototype. Now, I’m no elitist, and I’m sure that Notch had ambitions for Minecraft to develop further as a game, but I have no doubt that the current amount of content is a result of Microsoft’s investment, not Minecraft itself. I also believe that a trend has arisen, and that Minecraft will continue to update and produce new content as long as people are interested in the game. But some may have an issue with this form of game development. Although Mojang is tackling long-lived features and parts of Minecraft that have faced scrutiny and criticism, they disregard underlying issues that face the technical side of the game. Lack of optimization, lack of creative direction, corporatization of content, and much more.

I remember when I was younger, around my early teens. Minecraft had just added the hunger mechanics and sprinting, and it was so much fun running around at twice the normal walking speed. I remember seeing all the mobs in their static, stiff animations along with the shamelessly simplistic combat system. Over the years, this has changed. As can be seen at Minecraft Live, the new Warden mob has fluid animations, detailed modeling, and a whole new underground biome filled with candles to boot. It almost seems like he was pulled out of some dungeon crawler. Minecraft has continued to evolve from its early days, and with it, new content will feel different as well. This is all cool, but what does this say about Minecraft as a game? As Mojang releases update after update to please the overlords of Microsoft, some will argue that Minecraft strays farther and farther away from its original vision. The simple block game that Notch may have had in mind is possibly being overdeveloped, taking away from its minimalistic approach to exploration and adventure. 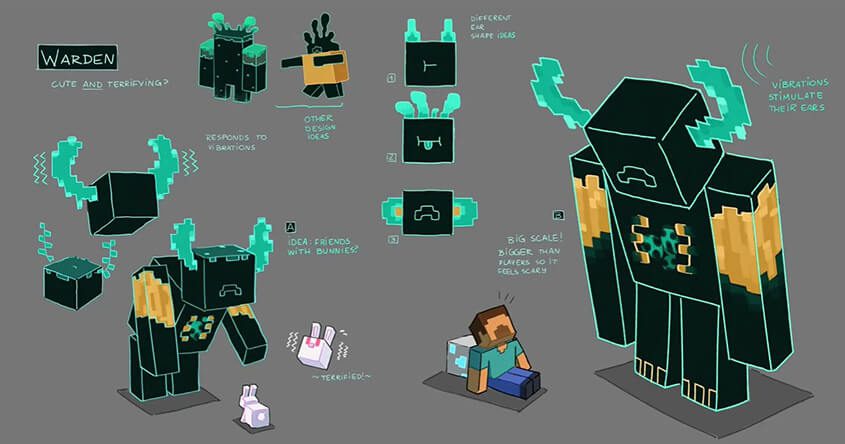 Minecraft has always been a sandbox open-world survival game. It has never been complex, yet it always had depth for those that wanted to go deeper. The AI is simple, the combat is infamously clunky, and the art style can leave a lot to be desired for some people. The game has always relied on the player to “fill in the blanks’ so to speak. Their creativity and imagination would be the foundation of how much enjoyment they would get from a game with no objective, and no linearity. But as the years went on, the blocks were redesigned, the new content was detailed and intricate, and the game was a little less recognizable. All of this is obviously subjective, but the current path that Mojang and Microsoft are taking almost assuredly will result in the overdevelopment of Minecraft.

This lego look-alike was founded on simplicity and accessibility. If the player wanted an advanced technological city-builder or a massive fantasy RPG, they could look to none other than modded, which brings me to my last point.

The infinite possibilities of modded Minecraft

Modded Minecraft is an odd yet captivating topic. For some reason, independent community members have been able to develop massive mods that restructure the gameplay of Minecraft entirely, adding dozens of feature-rich dimensions, changes in mechanics, unique items, beautiful biomes, and more. The creativity of these independent creators has superseded Mojang and Microsoft in almost every single way, which is the direct reason for the creation of the Minecraft Marketplace. 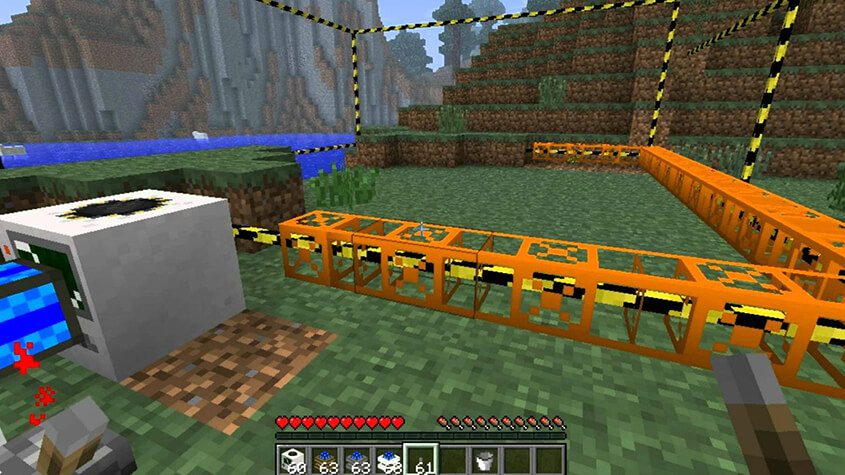 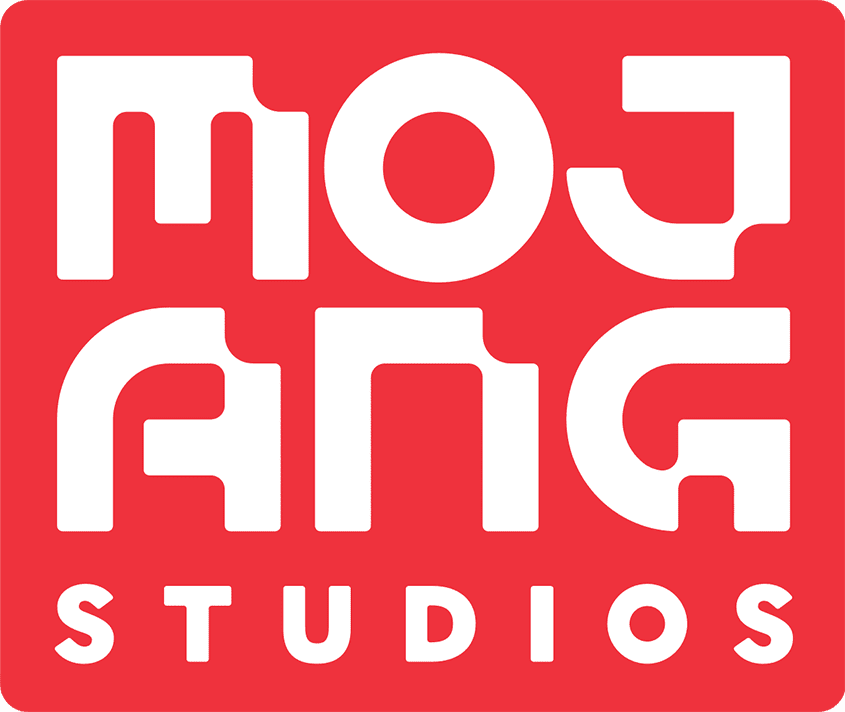 The accessibility and creator tools that can be utilized by mod makers is what allows Minecraft modding to be so popular and manageable. Mods have such a large impact on Minecraft itself, that a lot of features that have been added to the game are simply ported from mods, with the creator’s permission, of course. One could argue that the creativity and variety of mods outpace the need for updates to Vanilla that would be seen as less interesting versions of preexisting mods. For example, with the presence of Tekkit, Voltz, and newly made mods like Create, why would anyone want simple technology added to Minecraft? Mojang could never match the sheer scale of what the community has been able to make on their own, so why bother? This isn’t to discredit Mojang and all of their hard work, but it does beg the question. What defines Vanilla Minecraft, and what direction should it take, as to not compete with mods.

As Minecraft continues to push forward on its crusade of never-ending updates as a live service, they will inevitably reach the scale and complexity of modded Minecraft. This future has been pondered on by the community, and is relatively controversial. Some believe that as a game’s player base grows in size and age, so should the game evolve in complexity and scale. Others would claim that the current state of Minecraft is contradictory to the original vision of the game, and that any further updates are not in the spirit of itself.

To close, Mojang and Microsoft are going to bring Minecraft into the future with new, expansive updates that majorly change gameplay. It’s up to you to decide whether this is the natural evolution of a video game, or a corporate decision to profit off of an existing IP as much as possible. I personally believe that it is a mixture of both, but regardless, I will always love my favorite block game. With that being said, I hope you have a great day.