Bukkit is an API(Application Programming Interface) which provides third party developers with the ability to add their own code to Minecraft through the use of plugins. This has completely changed how Minecraft servers are managed and has exponentially expanded their capabilities.

CraftBukkit is a modification of Minecraft’s server software(Vanilla Minecraft). Much more optimized than Vanilla, Craftbukkit offers asynchronous chunk loading, fixing of Vanilla errors, bugs, exploits, and the ability to load plugins Plugins made using the Bukkit API, among others.

Spigot is a heavily modified version of CraftBukkit with hundreds of improvements and optimizations. All plugins compatible with Craftbukkit are also compatible with Spigot, and it provides even more plugins to choose from, as this is the most popular server software used, reason why we recommend using Spigot for a server with plugins.

What are Minecraft Plugins?

Plugins are, to Minecraft, as extensions are to browsers. Third party developers use these to write additional code and plug it in the server. As these do not modify the game itself, such as in the case of mods, they are more limited with what they can do. However, this also means that they only need to be installed on the server’s side. No modifications are necessary in your own game files to get them working.

Plugins have a variety of functionalities and do not have a single purpose in mind. They can provide a multitude of extra commands to better manage the server and add in fun and useful mechanics, such as the ability to set who can access and build in certain areas, add prefixes and suffixes to names, create different ranks with access to different commands, add RPG elements, add virtual economies, and many more.

There are thousands of plugins available on the Bukkit and Spigot repositories that you can choose from to spice up your server. However, most of these plugins are each made by a separate developer, meaning that incompatibility issues and bugs can appear with a large number of plugins installed. Sticking to the most popular plugins is the best option, as these have been in development for years, and are far more stable, and are known to have little compatibility problems with other plugins.

Installing a plugin is a simple process using our Minecraft server hosting services, as, for managing your server, we provide the Multicraft control panel, which comes with a easy to use plugin installer feature called BukGet. With this feature, you can browse through plugins from multiple repositories, find more information about them and install any of the versions available.

What are the best Minecraft plugins?

This is a question that might sit on your mind when first getting into plugins. The answer highly depends on the type of server you want to have, which is the beauty of adding plugins to your server. The possibilities are virtually endless.

Some notable plugins are:

Essentials: A plugin that you will find on mostly all servers, Essentials offers over a hundred commands and features to better enjoy and customize your server. Want to set a warp point for your home, a sign shop, a virtual economy, or tens of administrative commands for your server? All of that, and more, can be found in Essentials.

Multiverse: This plugin allows the creation and usage of multiple worlds of different types, seeds, the ability to restrict which animals and mobs spawn on each world, and even a custom generator to apply custom world templates to your own worlds.

You can find a list of more of our recommended plugins here. 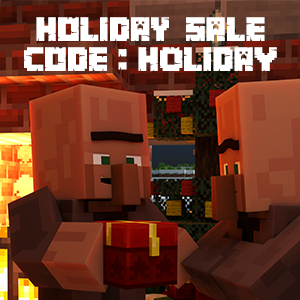