How to Make a TerraFirmaCraft Server 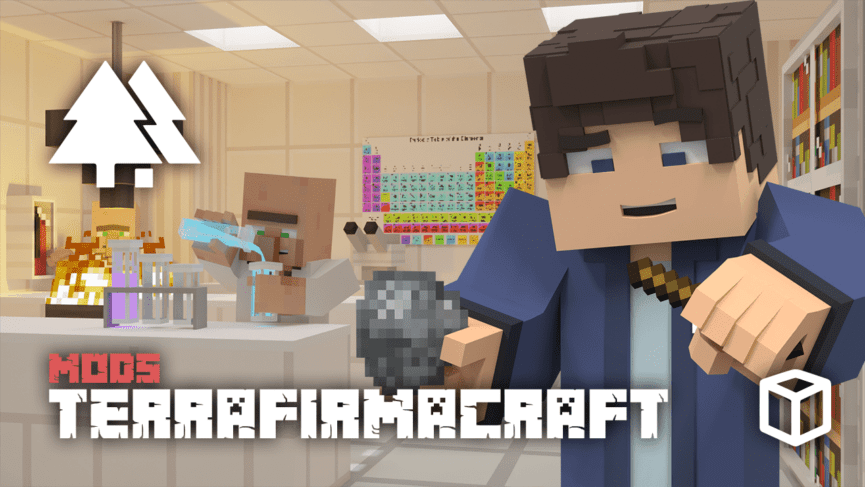 Vanilla Minecraft is no stranger to survival gameplay, especially considering it is the game’s core premise. While new features are constantly added, the early game has remained relatively unchanged, constantly having players perform the same tasks to gather tools and items. Many mods aim to change this, but they tend to focus on specific features rather than a broad adjustment. This is completely redefined with TerraFirmaCraft, a Minecraft mod that reworks the entire survival experience by adding new world generation and realistic settings. Players will need to shape stones, create firepits, and work with gravity to survive and advance through the ages. Installing mods is simple with the Apex Hosting panel uploader, so we have created this guide to help you get started.

TerraFirmaCraft is owned by Dries007, as well as authored by Bunsan and AlcatrazEscapee on CurseForge. The mod is only available for versions 1.7.10 and 1.12.2, with the latter being an update to the original version. The goal of the mod is to make survival mode as it should have been, offering various tweaks to the early game. Advance through the stone age to the iron age, each providing better tools and the ability to work with more items.

The server will now start up with the mod installed, allowing you to experience a fresh world with this new survival experience!

Your game will begin loading Minecraft Forge and your mod, allowing you to play on your server! 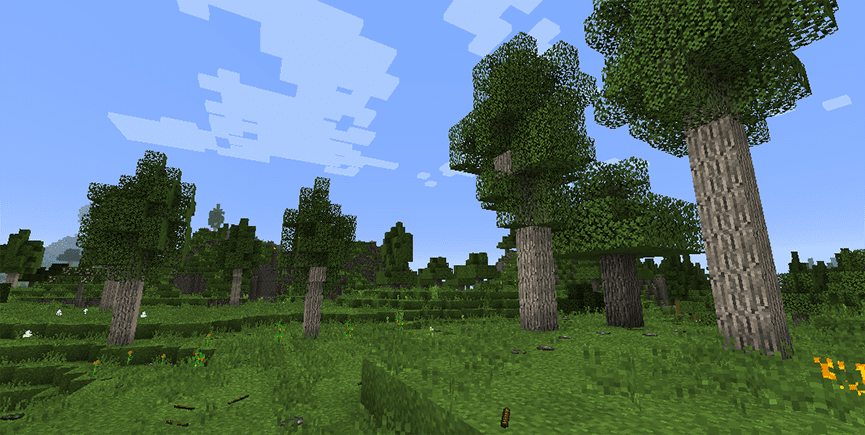 As soon as you spawn into the world, you will notice some immediate changes to the game, including the new terrain spread throughout the world. These new trees and blocks will spice up your world, but they are not the only changes that will be evident.

Replacing the original GUI are new bars to display health, hunger, and thirst. Unlike vanilla, a player’s hunger will deplete even when standing still or even sleeping. Health will still regenerate, but very slowly over time. Your thirst meter will mainly drop through sprinting and jumping, but can be replenished by right-clicking near fresh water. 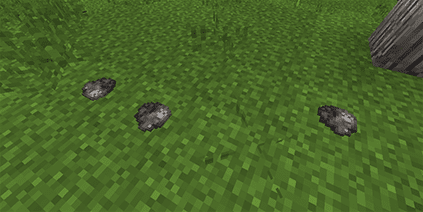 To get started with the mod, turn your attention towards the various rocks and sticks littered throughout the world. You are unable to obtain wood naturally at this point, so you will have to right-click on these items to add them to your inventory. 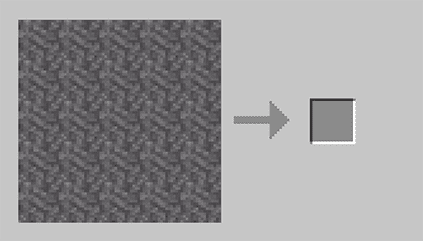 Unlike vanilla Minecraft, you will need to actually construct the head and blade of all your stone tools. This is done through the process of knapping. By right-clicking a stack of rocks, a GUI will open, allowing you to chip away at rocks to create shapes. Be mindful of the shapes, however, as any pieces that are removed cannot be restored. 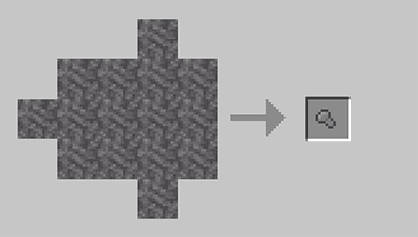 Used to create a rock axe, which can cut down trees and acquire fruit tree saplings. They are also an effective weapon for use against most enemies. 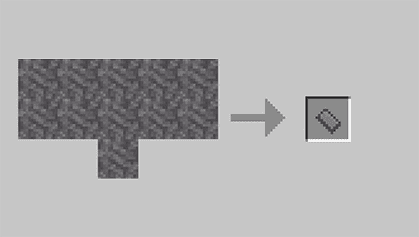 With the rock hammer, flux-stone and borax can be smashed to create flux. It is also usable as a weapon. 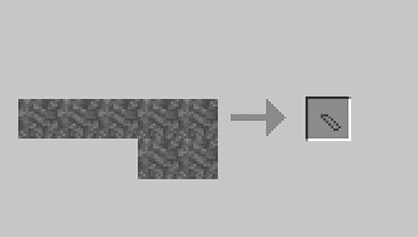 Similar to survival, the rock hoe is used to create farmland from grass or dirt in order to grow crops. 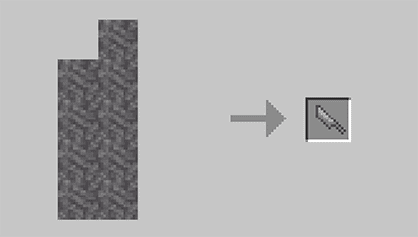 While a weak melee weapon, the rock knife is best used as a tool for various food, straw, and work with hides. 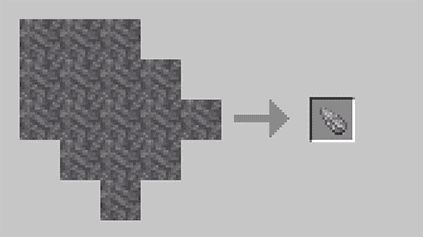 Effective as a throwing spear, the rock javelin can be used to inflict piercing damage, although they can also be used in close-range combat. 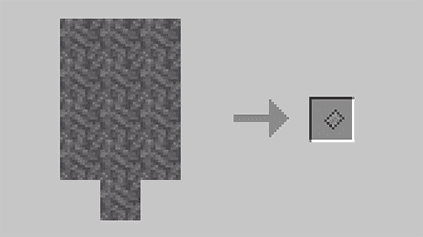 The rock shovel will harvest blocks of dirt, clay, gravel, and sand faster, similar to vanilla. It is also used to harvest charcoal from a charcoal pit.

To actually create the tools, combine the created rock head with a stick. While tools themselves are not stackable, the heads themselves are. This means you can spend time creating many rock heads, then just combine them with sticks when a tool breaks. 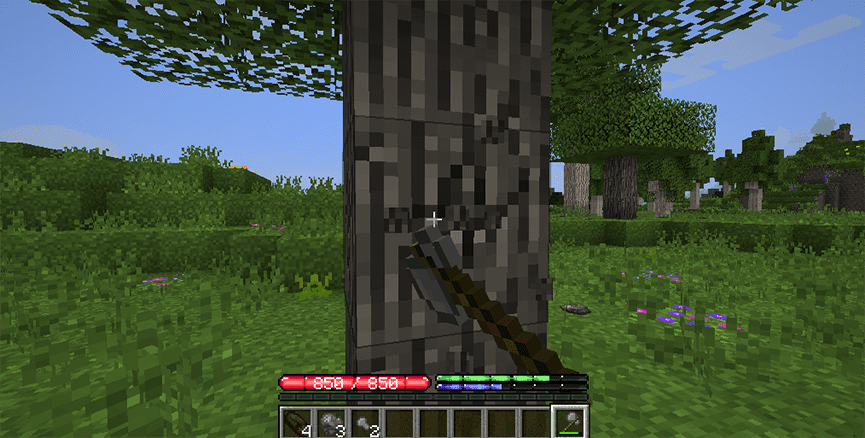 You will now want to use your tools to begin gathering resources, especially by felling trees. It will take slightly longer to break, however the entire tree will collapse after one block is removed. This will drop logs, which can be used to make a firepit to cook and create items. 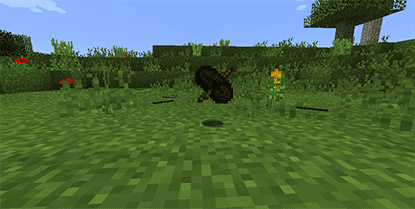 To create a fire pit, you will first need to craft some firestarter. This is done by adding two sticks diagonal within the crafting GUI. Following this, throw 3 sticks and 1 log onto the ground on a single block. When you’re ready, click and hold the firestarter onto the block underneath to begin lighting it. 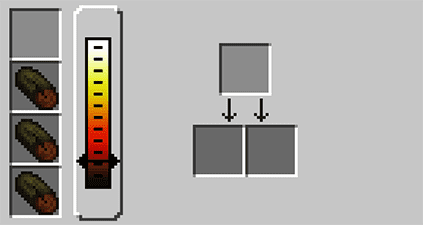 Once it is lit, quickly right-click the new firepit block to open its menu. You will want to quickly add some additional logs to keep the fire burning. Within the menu, you can also keep track of the current temperature. Once fuel has run out, the temperature will continue to drop until it is fully extinguished.

To create torches, just add a stick to the fire pit. After a few seconds, you will get two torches, which can be placed to light up an area normally. Keep in mind that torches are slightly more realistic and will only burn for 2 in-game days. To relight torches, just right-click one with a held torch from your inventory. 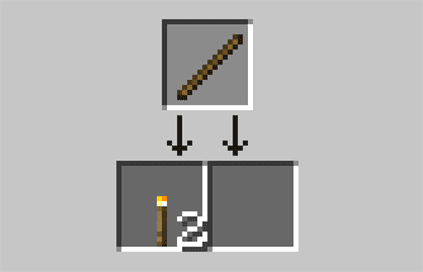 Following that, you now know how to install TerraFirmaCraft and get started with a few of the starting mechanics. Jumping into the mod without any prior knowledge can be tough, especially when you are used to vanilla Minecraft for so long. Once you have your firepit and tools constructed, you’ll want to turn your attention to creating shelter for yourself and eventually find ore to create better tools. Overall the mod is a breath of fresh air compared to the repetitive nature of the base game. With this newfound knowledge, you are ready to advance past the stone age and rule the world of TerraFirmaCraft!