This is an organized list compiling the version updates for Minecraft, plugins, mods, gametypes, and proxies for September 16th. Tons of updates and additions to our favorite pastime, from incessant bug fixing to new mods. You’re sure to not get bored with all these updates.

Firstly, the Mod Packs. All the Mods 5 comes swinging in first with an all-around update, and a version change for Forge. Keeping up to date with the times is important, so watch more news outlets! All the Mods 6 copies its little brother, but also changes some game balancing. All the mods are updated, and some bug fixed. Thus the perpetual cycle of development never ends. Enigmatica 6 removed a mod while fixing a few things and redoing the main menu. Fancy! Engineers Life adds some stuff while removing around three mods! Usually, I don’t like when modpacks do this, as it would mess with a lot of people’s experiences, but if it is crucial to the stability of the modpack, then I say go for it. Life in The Village, a relatively niche modpack I haven’t heard of adds a couple of mods while removing another. They’ve also updated a ton of files, worth checking out on the official Curseforge site. Material Energy 5, another niche pack just releases a small hotfix, nothing more. The Endless Frontier updated a good amount of mods, re-enabled an old feature and changed the script. Whatever that means! I’m not necessarily technically literate, to say the least. Valhelsia 2 updates all its mods, and does nothing else. But in honesty, what else do you need to do? Valhelsia 3 added a couple of mods while updating all of them. Superseding the younger brothers seems to be a recurring theme.

Next, the Proxies. Bungeecord now supports 1.16.3, the latest version of the game. Velocity updates the same way. Finally, Waterfall updates the upstream for the thousandth time in a row. They seriously need to explain this upstream thing to me, eventually.

Onward, to Bedrock! We only got Nukkit for this section. Nukkit 1.16.2 fixed Jukeboxes that would continue to play after broken. Nukkit 1.16.3 changes the way it operates, using Leveleventpacket instead of Playsoundpacket.

Almost done here, the Plugin Based. Paper 1.16 and Tuinity 1.16 both update the upstream. When will someone tell me what this means!? Spigot patches up some bugs, as they should. Better than whatever the upstream is.
The elephant in the room, Vanilla. Vanilla updates to 1.16.3 swiftly, with barely a week or two between the snapshot and the actual release. Doesn’t have much besides two bug fixes though, unlike 1.16.2.

Now done here, the Gametypes. Hardcore, Hunger Games, TNT Run, and UHC all receive support for 1.16.3. Now you can enjoy your favorite minigames on the newest version of the game! 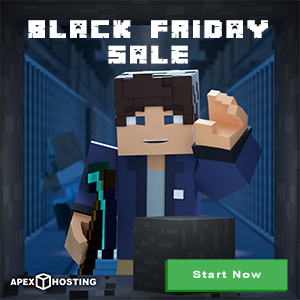