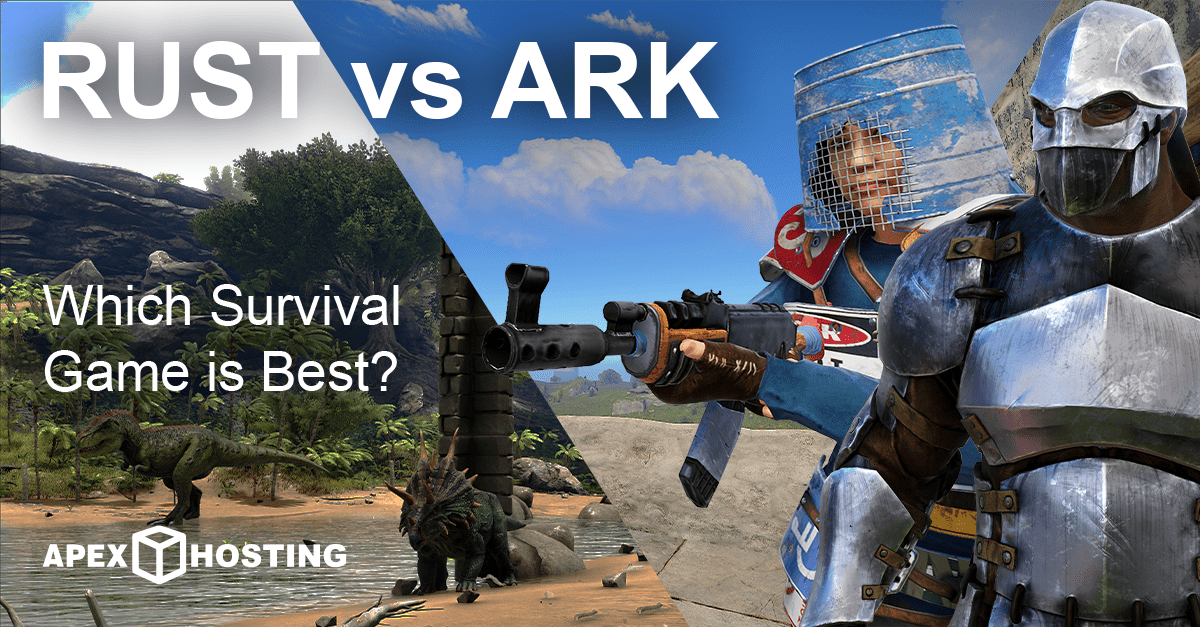 Since the dawn of the survival game genre, there have been bastions that have outlasted every release since. Rust and ARK: Survival Evolved. Both have received consistent quality updates throughout the years, and we thought it is time to put them both head to head to see which one is superior to the other. Both of these games will be tested in every regard. Gameplay, graphics, content, price, and pretty much everything you can think of will be evaluated to determine which game may be right for you. Let’s begin!

What makes a good survival game?

Before we discuss which of these games is better, it’s best to understand what a survival game is, what it should be, and what makes them better. There are definitely defining characteristics that keep people playing all the way from the simplest of sandboxes like Minecraft to the most hardcore simulator like DayZ.

Death Penalty – Firstly, we have death penalty. This is probably the most crucial aspect of survival games, as the objective is to ‘survive.’ From game to game, this can differ. Whether you barely scrape by, or manage to thrive in a new self-made civilization is not as relevant as the actual penalty for dying. Most games have death simply cause the player to drop everything they’ve been carrying, with the punishment differing depending on how far they’ve gone in their journey.

External Threats – Next, external threats. This is a major characteristic of all survival games, as most of them rely on action and violence to threaten the player. Whether it be other players in the form of a PvP environment, dangerous terrain, mobs, and more. This is very important, because the player needs to feel threatened. Tension should rise when moving outside of your comfort zone, or your “base.” This creates thrilling gameplay and a sense of accomplishment when the player manages to survive despite the conditions.

Resource Management – Further on, resource management. Every survival game always forces its players to accumulate resources continually in one way or another to stay alive. You need to produce/hunt for food, or you’ll starve. You need to craft or find a shelter from the dangers of the world, or you’ll be destroyed. Some games have more of an emphasis on shelter than others, but it is always an important aspect of survival.

Overall Polish – Lastly, overall polish. How well is the game actually made? As most survival games are indie, there is a level of ‘video game jank’ that comes with all of them. Are the graphics good? Is the gameplay smooth and responsive? Is there a fair amount of content to keep the player from getting bored? Is the multiplayer experience latency-free? All of these will determine the longevity of the game and the replayability to the player.

The better of the two

To determine which one of these survival games bests the other, we’ll go down the list of these factors one by one. We’ll then give the win to either game for each category and by the end, we should have a winner.

Death Penalty – Rust and Ark are very similar in this regard. Both games are very beginner friendly and very forgiving when it comes to death, but Rust is a little bit more strict with the sleeping system which exists. To explain this better, when you log out in Rust, your body is left sleeping wherever you’ve logged out, encouraging you to create a base to defend yourself while you’re not playing. Regardless, I would say that this category is a tie because although Rust’s logout system is unique, it isn’t necessarily better than the more forgiving system of ARK. 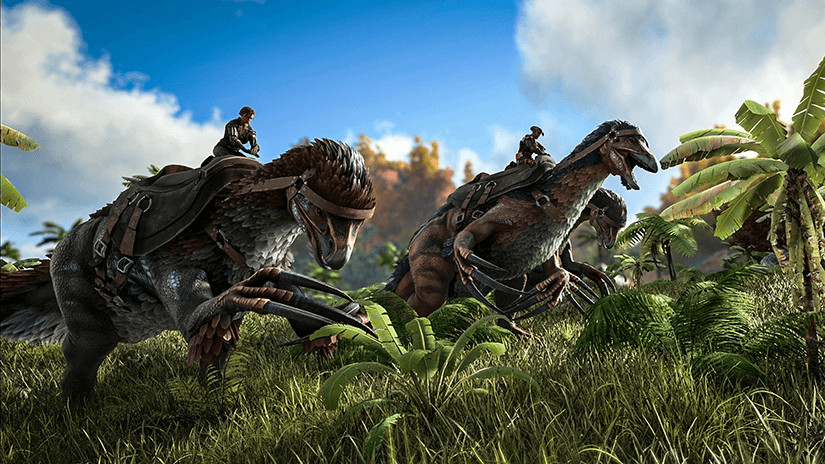 External Threats – Unfortunately, this is an easy one-sided battle. While Rust does have some interesting AI-based enemies to fight along with ferocious animals, ARK has an entire compendium of well-developed dinosaurs. That’s right, dozens if not over a hundred dinosaurs of varying shapes and sizes that all have their own characteristics, behavioral patterns, and more. There are even unique systems in place which allow you to capture and tame these dinosaurs to use in battle against other dinosaurs, simply incredible!
It’s fair to say that Rust is a PvP-focused game which is why the PvE presence of external threats is exceptionally minimal, but regardless, the point goes to ARK.

Resource Management – When it comes to resources, Rust and ARK are very similar in almost all regards. Both games encourage the player to dedicate as much time as possible to manage and advance their survival situation. While Rust may have the player upkeep their base by collecting minerals and resources, ARK will have the player spend time breeding or taming dinosaurs over the course of hours. These systems designed around upkeep and maintenance are what keep the player coming back, but which one is more enjoyable?
I’d have to say Rust. While ARK’s breeding and taming do have a massive payoff, they’re more based on tedium than actual gameplay. Rust’s upkeep in the form of hard resources requires the player to risk their life by stepping out into the world and collecting said resources, which leads to more interesting gameplay.

Overall Polish – It’s hard to say which one of these games is more polished overall as both games have been getting consistent updates over the better part of decade. Both games are well optimized and work properly. It’s safe to say that Rust runs slightly better, but that is most likely due to how minimalistic the game is in comparison in terms of scope and scale.
I would give these games a draw in this category as well as both games run on most if not all platforms with minimal issues.

That’s all! These explanations compose my opinion on both games. I can honestly say that neither Rust or ARK is objectively better than the other as they try to accomplish different things. While ARK is an awesome dinosaur-taming RPG, Rust is a more PvP focused shooter which uses the survival genre as a backdrop for its well-polished shooting mechanics. Both are amazing and extremely enjoyable. I hope you enjoyed this comparison blog, and if you’re interested in hosting your own server for either of these games, check out our server hosting plans. Have a great day, everyone!