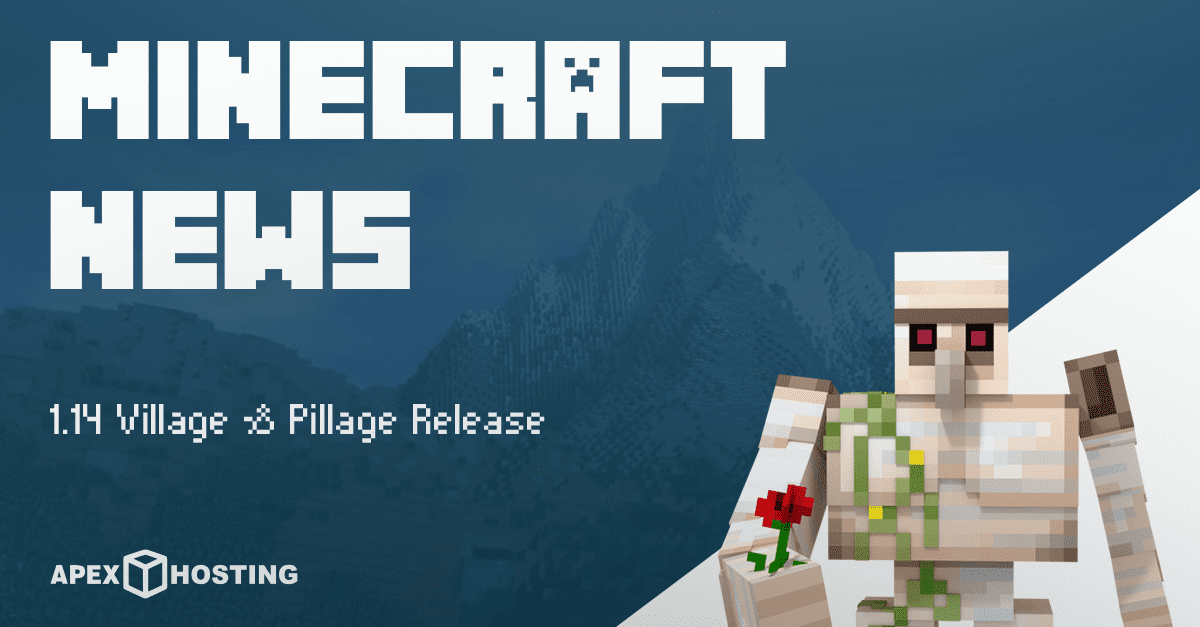 The time has finally arrived! 1.14 The Village and Pillage update is now available for everyone including for your Apex server! You can find a guide on updating your server version here. This update is amazing and the amount of content that is coming with it is massive! Let’s just take a peek at everything that’s coming!

That’s is easily the biggest list we’ve ever seen of new features and that’s not even everything that is in this new update! You can find a full break down of the update here. We don’t want to take any more of your time so get out there and enjoy the new update!

Enjoy and have fun,