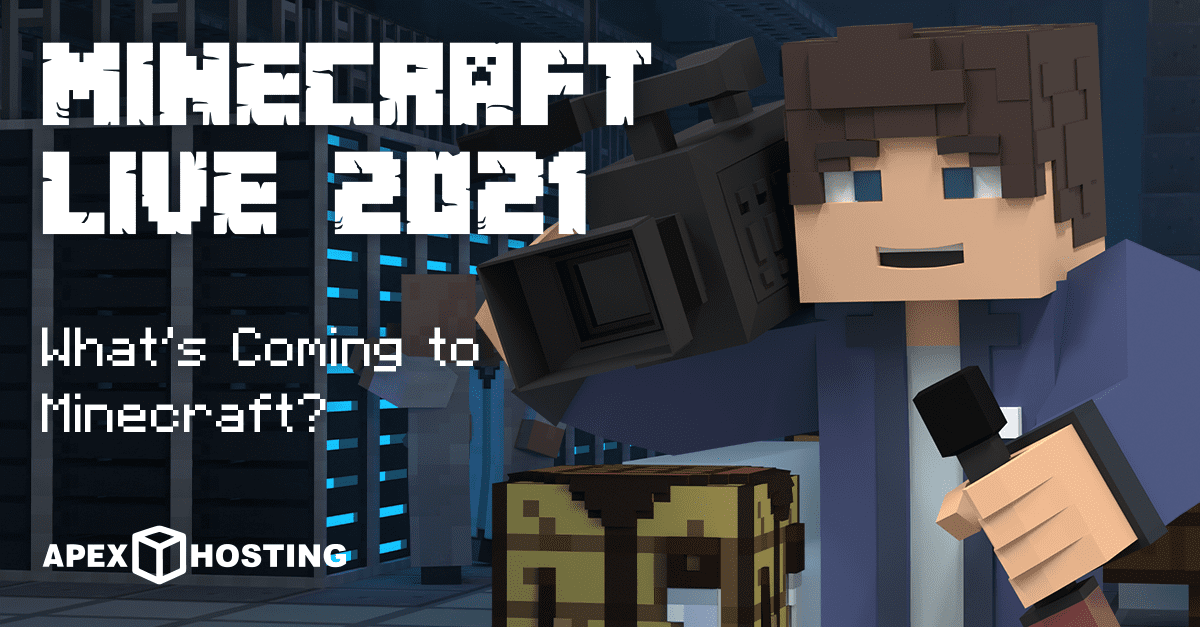 Before I continue, let’s just have a moment of silence for Minecon. Ever since it was first tested on Youtube last year, Minecraft Live has been considered the new replacement for Minecon. This is partly due to the Covid-19 pandemic, but honestly, it seems that the Minecraft community and Minecraft itself are more comfortable with this than the convention. Whether this is easier for them to manage, or it allows for more community engagement, or whatever it may be, that’s how it is. Today, we’re going to go over all that is shown at Minecraft Live 2021. Let’s begin.

The winner for this year’s mob vote is the Allay! Now, I know you can’t get everything in life, but couldn’t I have just gotten this one little win? I seriously wanted the Copper Golem, but regardless, you get what you get and you don’t get upset. Surprisingly enough, the Glare had so few votes it barely even deserved to participate. In any case, I hope the people who voted for the Allay are happy.

The Caves and Cliffs Part 2 update will still be set to release this year, at least by the end of the holiday season. The update will also include a new blending system, which details are scarce. All we know is that it will further improve terrain generation.

Next, 1.18 will bring something called Seed Parody. This basically means that unlike how the game works now, similar seeds will create similar words on Java and Bedrock. This is a small quality of life feature as it will now allow both versions to share world seeds with each other.

Lastly, some bad news. The Deep Dark along with everything it would add like the Warden and Sculk blocks will be further delayed to be added to 1.19. 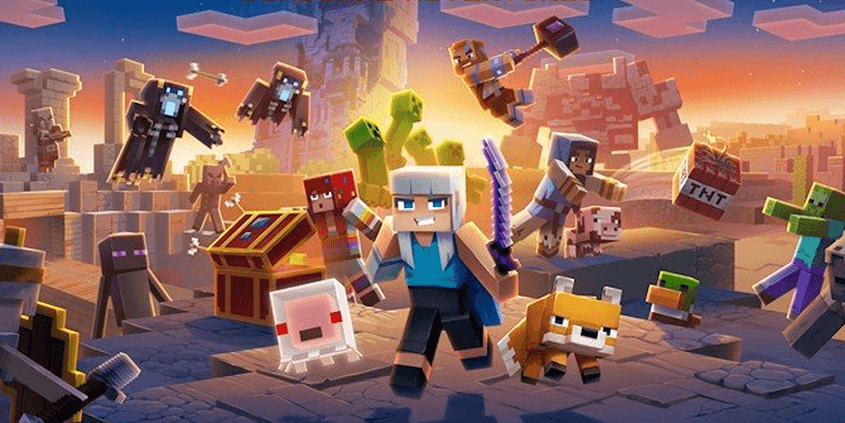 So, if you’ve been following news on Dungeons you would know that the planned DLC roadmap has concluded. So does this mean that there will be no new content for Dungeons? Absolutely not. Now, you can look forward to something called ‘Seasonal Events’ the first of which is surrounding Halloween. This type of content format will bring new paid and free content in the future, but we’re going to have to wait for further details.

At the very least, you’ll get new capes, skins, missions, weapons, and more like always. Just in a new way.

An update all about nature and scary things! Or rather wild things. With a release date set for some time in 2022, this update seems like it will be one of the coolest yet! Take a look at some of its features.

Deep Dark Cities
What looks to be whole underground cities caked in Sculk blocks guarded by a Warden built to defend a structure in the center. What could this structure hold? I have no idea! The designs here simply look incredible, and the mechanics in place are so cool! When triggering Sculk Sensors, they now trigger a type of alarm that will call for the Warden, who seemingly sprouts out of the ground somewhere near you. Although, this isn’t your average Warden, but a supped up, much stronger version. He’s still blind, but if you take too long sneaking around, he’ll eventually find you. Forget everything, I’m excited for all of this! We don’t have too many details, but I still can’t wait. 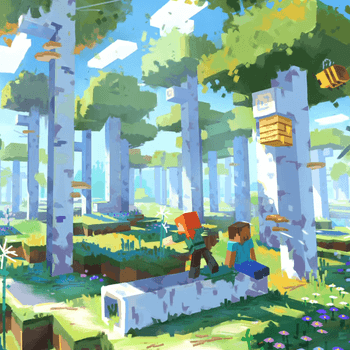 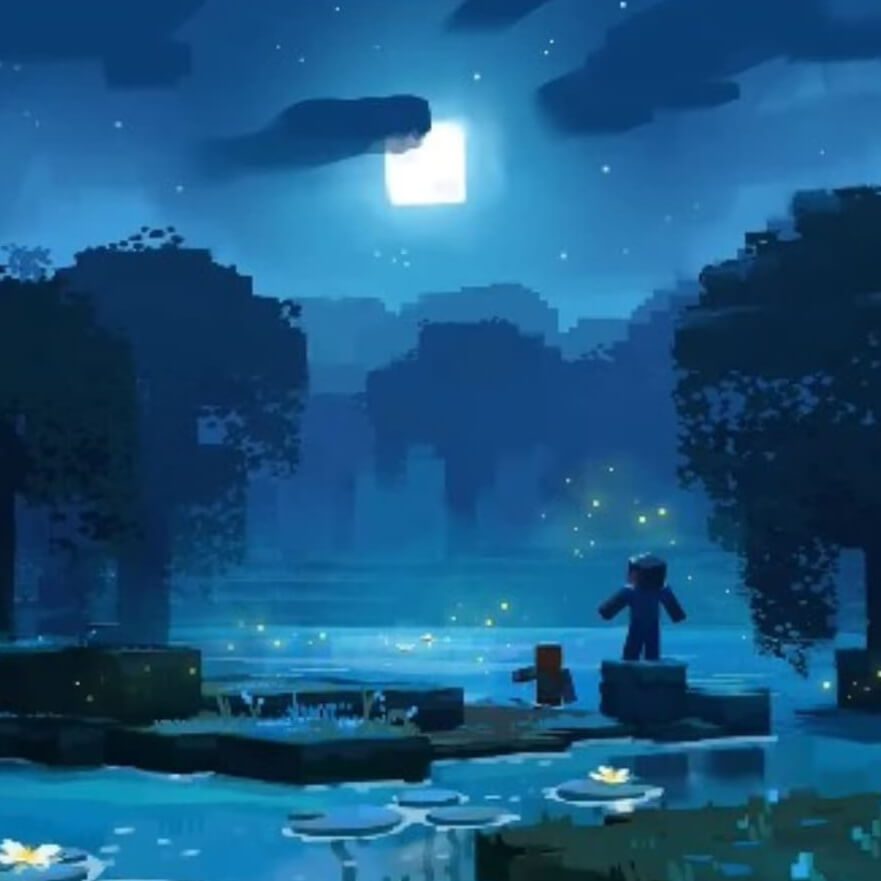 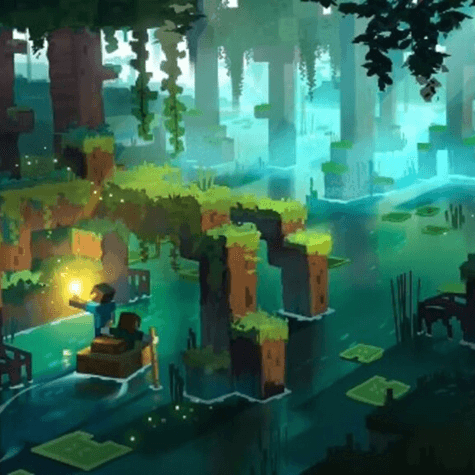 Biome Diversity
It seems that in 1.19, a big priority is to further the biome diversity and variety in the game. But rather than adding more biomes, the goal is to have the preexisting biomes stand out more. In a way, this is a biome update. Mojang shared a bunch of new concept art for how the new versions of the classic biomes could look, but that’s just art. We don’t have too good of an idea how all biomes will look after the update, but we were shown quite a bit of the new Swamp.

The new Swamps include tons of different features that seem to be specific to that biome like Mangrove Trees, Mud Blocks, Frogs, Fireflies, and even a Chest Boat!

The Mangrove Tree is an odd tree that you will actually plant underwater rather than just on dirt. Apparently, it can even drop its sapling variant without the need for breaking blocks. This is all subject to change, but I think that’s very cool. The Mud Blocks will be the new floor of the Swamp, and it’s basically what it seems like. Wet dirt. You can actually make Mud Bricks out of them, but I don’t know how that will work. For Frogs, apparently depending on where you raise its Tadpole, it will turn into a different color frog. That’s so cool to me! As for Fireflies, we just have no idea how they will function. They look like they will be incredibly simple. As always, everything listed and discussed is subject to change. When The Wild Update actually releases, there could be more content than shown, or there could be less. We simply have to be patient and wait for Mojang to work their magic.

Wow! Minecraft Live 2021 and 1.19 The Wild Update look to be very cool. Although we were shown a lot, compared to last year’s Minecraft Live, they were actually very reserved and holding back with the announcements. Then again, I don’t blame them. Last year, they announced tons of content and under delivered due to the harsh reality of deadlines and the pandemic. In any case, I am super excited for all this new content, regardless of how long it takes. And you can count on us to report on everything snapshot by snapshot. Have a wonderful day!