How to Make a Compass in Minecraft 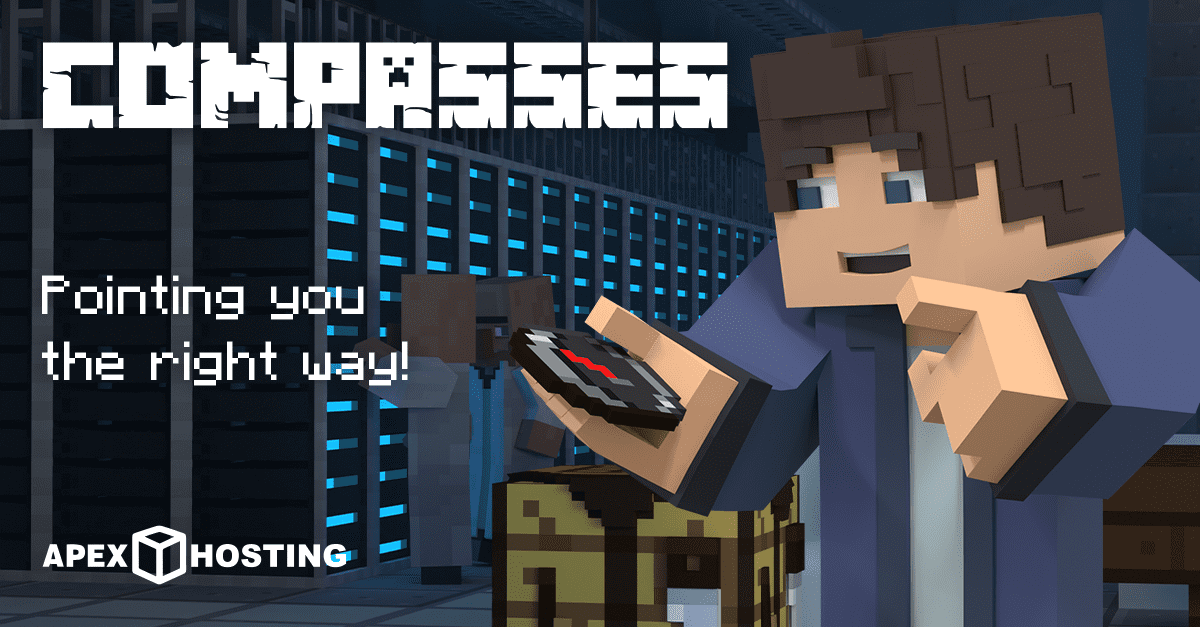 Navigation in Minecraft has always been one of the most terrifying things for players who love adventure. We’d be lying if we didn’t admit that all of us have gone mining for hours on end only to realize we have not the smallest clue as to how to find the original entrance. It makes sense when you think about it. Most people’s houses are above ground, and they go underground in a series of loosely connected caverns with tons of distractions, so they’re bound to get lost. But what if I told you there was an item that always brought you back home without fail? It sounds too good to be true, but the Compass is one of the oldest tools in Minecraft, and its use is invaluable in Vanilla Minecraft.

The Compass is a fairly cheap tool that requires 4 Iron and 1 Redstone. Place the Iron in a rhombus pattern surrounding the Redstone in the center, and then presto! You’ve got yourself a Compass.

So, the Compass has a few uses. Typically, you’ll only be using it for its primary purpose, but it doesn’t hurt to be informed on everything you can do with this little thing.

I wanna go home! – The Compass will always point toward your spawn point. Usually, this is a bed. This will allow you to always find your way home, no matter where you are in the world. The coolest aspect of this feature is that the needle always points to home dynamically regardless of the Compasse’s current state. If it’s in your hand, your hotbar, or on the ground as an item it will still point homeward.

Country Lode, Take me home! – Compasses can be used in conjunction with a Lodestone to create a sort of marker. When a Compass is used on a Lodestone, rather than pointing toward any spawnpoint, it will point toward the Lodestone. This mechanic can be used to keep track of multiple structures or bases that have lots of distance between them, or are hidden for safety.

Poof! Vanish! – You can apply Curse of Vanishing to any Compass. You should do this to any lodestone compass in your possession. This is because if someone were to kill you and take your stuff, your Compass would end up leading them to your base. With the Curse, the Compass would simply disappear on death.

Cartography – Compasses are necessary to craft an Empty Map. Just combine the Compass with some Paper and you’re a cartographer.

To conclude, that’s all there is to know about Compasses! Fairly simple things, they are. Despite such a cheap crafting recipe, Compasses are quite useful in their unique mechanics, which is probably why they were added so early on. I hope you learned something new, and with that being said, have a great day!