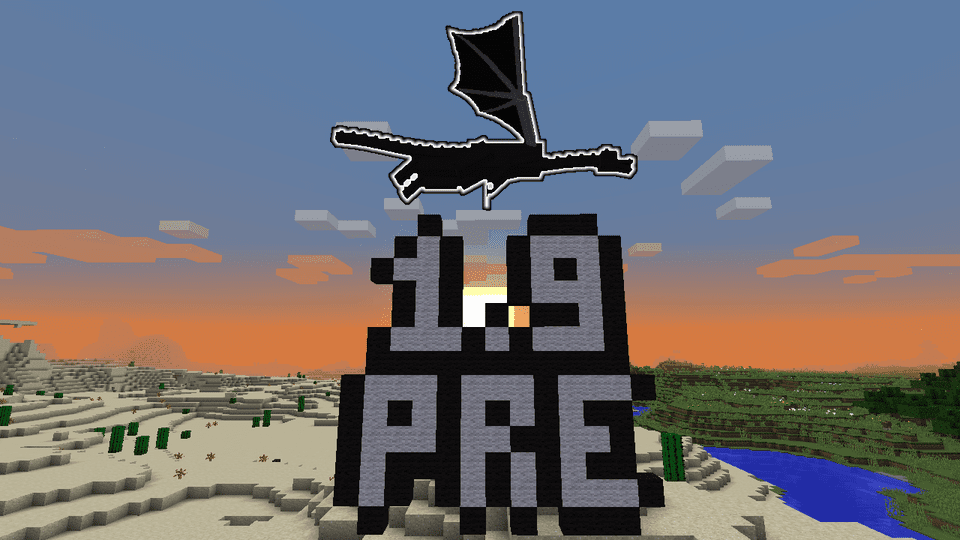 This update has been long awaited for by Minecraft fans. After nearly a year and a half, the longest period in between releases as well as 56 snapshots, the most of any release, an official pre-release was made available to the masses on February 17, 2016. With it is an expectation to overhaul the game’s combat system by offering players new features like dual-wielding, arrow types, shields, and “wings” to glide with. Along with it are several new mechanics to combat such as attack strength, an attribute system, and weapon techniques. It’s a pretty exciting prospect to see Mojang getting more active with this part of Minecraft’s gameplay and it’s off to a great start. Players who are attuned to the PvE and PvP aspect of Minecraft can look forward to a fresh take on this new combat system and overall gameplay.

The update could also be called The End Update with all the new additions and changes made to the stagnant End we’ve known since its release. Players can look forward to a more formidable face-off with the gaming-ending Ender Dragon and its dragon’s breath. After defeating it, a new portal called the End Gateway is created which is used to gain access to the outlining islands which will introduce new blocks, a new mob and a variety of other changes. Hopefully, these additions will entice players to revisit The End more often and give greater purpose to the dimension rather than simply being the end game.

Amongst these more notable features is a slew of other minor but significant additions like 150 new sounds, subtitles, better boats, and so much more. We won’t be including it all, just the changes a typical player is likely to encounter in-game. If you want to take a look at the full release notes for Minecraft 1.9 then you can check it out on the Minecraft wiki.

Generation of islands in The End, populated by chorus trees

Lingering potion for each type of potion

Sharpness and protection enchantments are nerfed.

Status effect icons are now visible on the main screen.

Loot found in chests generated in the world is rebalanced.

This update is perfect for your Minecraft Server. You can find a guide on switching to this version here.