How to Change Mob Spawn Limits 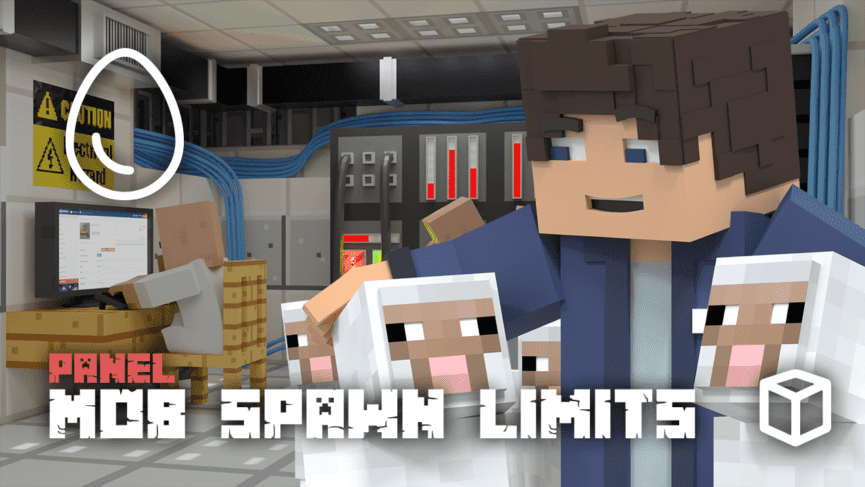 Hosting a Minecraft server allows for many creations built by players, such as mob farms or grinders. This is an excellent way to obtain loot and experience orbs, but can occasionally become problematic. For instance, mobs can sometimes spawn in small numbers due to the server’s limit, which may decrease a farm’s efficiency. Otherwise, it can be frustrating to not find many passive or hostile entities while exploring the world. These scenarios can lead server owners and players alike to find solutions. Luckily, there are built-in settings on our panel to easily change the spawn limits for all mob categories, from monsters to fish. Additionally, Forge and Fabric owners can quickly install mods on their server to control mobs in-game. Whether you’re hosting a modded or plugin-based server, changing the spawn limits is made possible with our panel, so we’ve created this Apex Hosting tutorial to get you started.

The most popular servers are Paper and Spigot, as these allow for many customization options and possibilities. Following this, there’s a universal option across all game versions to change mob spawn limits. Only these types of servers can use this, which can be a little problematic at times. Fortunately, plugins are available to use to manage all your mobs like MobsManager. Installing this and potentially others are easily done through our panel, simplifying the entire process. Besides this, we’ll focus on the universal method for all Paper and Spigot servers, covered in the steps below.

Paper 1.19 and above servers have additional settings in the paper-world-defaults.yml file, accessible through the config directory in your FTP File Access area on the panel. Similarly, Spigot has more options in the spigot.yml file, found in the main section of the FTP. If you’re wanting more control without plugins, then reviewing them is suggested.

Sometimes modded servers can become hectic and crazy with all the unique additions to the game. Whether it’s dragons or other custom entities, these can become overwhelming thanks to their spawn rates. Making sure your server doesn’t lag or encounter problems is important, so limiting mob spawning is advised. Doing this depends on the type of server you host, with Forge and Fabric being the most popular ones. We’ll be covering each of these and their respective mods to help you resolve any mob spawning issues.

Customizing mob spawn settings on Forge involve mods, as there aren’t any universal options in the default files. This can be inconvenient to some owners, but finding modifications will help accomplish your desires. One of these useful mods is Bad Mobs on CurseForge, allowing you to add passive or hostile entities in its file to disable them from spawning. This is easily done with our panel editor, simplifying the entire process for you. As for installing the mod, follow our guide here to do that. However, keep in mind that this modification is only for the server and shouldn’t be installed on the launcher. If the Bad Mobs mod isn’t exactly what you want, then researching other ones might be best for you.

As for Fabric servers, these are very similar to Forge variants. However, the differences are the types of mods you’ll be able to use, as some are incompatible depending on the game version. Regardless of this, there’s a modification called Limit Mob Spawns that are for both Fabric and Forge. This mod works by adding custom rules to the world, such as preventing specific spawn reasons for mobs or setting a finite amount of them in a chunk. These act similarly to gamerules in Minecraft, meaning there are tons of potential settings to implement. In other words, using this on your server gives you more control over all aspects of passive or hostile entities, among other aspects to them. Installing the mod follows the same process as before, but all players must have it on the launcher too.

Too Many Mobs
In cases where too many mobs are spawning, ensure you’ve configured either the file settings or mod/plugin options. For example, lowering the monster values in the bukkit.yml will resolve issues where a lot of hostile mobs are spawning. Otherwise, continue to use your mod or plugin’s settings to fix it. It all depends on what type of server and addon you choose, but nonetheless can be solved. However, if these changes weren’t applied and loaded correctly, then it’d result in the issue. Making sure all edits and settings get saved is how you reduce the amount of mobs in-game.

No Mob Spawning
Similarly to having too many mobs, make sure to increase their spawn rates in the file or plugin/mod. However, it may be possible that your difficulty is set to peaceful, preventing hostile spawning. Changing this requires the /difficulty [mode] command, which should be set on easy or higher. Alternatively, the issue can be resolved by double-checking any external addon. For example, some plugins may impact how mobs spawn and act in-game. Reviewing and editing their respective settings is what you’ll want to do in this case.