How to Change Maps on your Unturned Server

Hosting an Unturned server can be extremely fun with friends, as exploring the map, looting structures, fighting zombies, and more are features everyone can do. However, once everything is played through, it can become boring or dull for some server owners. This might lead to a desire for changing maps, which is possible with our user-friendly panel. Choose from a list of maps, ranging in difficulty and terrain to find what’s perfect for you. There are even fun minigame maps that you can try with others to take a break from surviving. With this in mind, we’ll review all official maps and how to change them on your Unturned server in this Apex Hosting tutorial.

There are two default categories of maps, regular and arena. The first is for normal gameplay experiences, while the other one is for entertaining combat games. These maps range from large and small, along with terrain changes. Imagine them as different biomes for Unturned, as they can be an island, rocky mountains, or a lush forest. The only exception is the paintball arena since it’s only used for a minigame and doesn’t require a large playable area. Besides this, the game allows you to explore unique worlds that can be your new favorite map. With this said, let’s check out all official Unturned server maps to help you select the perfect one.

By far the most popular category, regular maps offer a large area to survive against the undead. As previously mentioned, these worlds have a variety of biomes and terrain. This is an important detail if you’re looking for something specific to play on, but could be used to test out new maps. Either way, all of them are interesting and fun to explore, so review every world down below to get started. 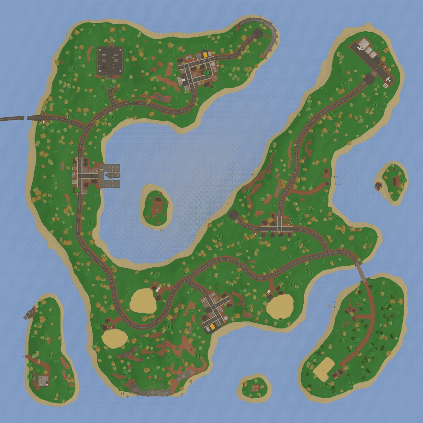 PEI – This is a medium sized map based on Prince Edward Island, Canada. It’s a large island with smaller ones surrounding it, which is filled with grass, trees, and hills. The main focus for PEI is player versus environment (PvE), with several areas of interest for survival. There are small towns, farms, military bases, and campsites that have good loot. Exploring these areas might reveal a secret bunker, making it the best place for player versus player (PvP) combat. This map is one of the most popular ones among the official list, as it’s the first Unturned world. 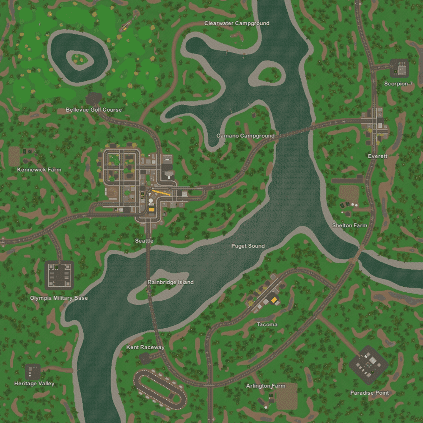 Washington – The map takes inspiration from Washington, U.S., with its many pine trees, mountains, and rivers. This is a wonderful one to try, as it has ten military locations and is mainly designed for PvP combat. There are vehicles and unique weapons all throughout the areas, so it promotes exploration to obtain better equipment. Additionally, there are areas of interest such as Seattle or Everett since these locations typically have the best loot. The Washington map is a good choice for PvP servers due to it being an official combat world. 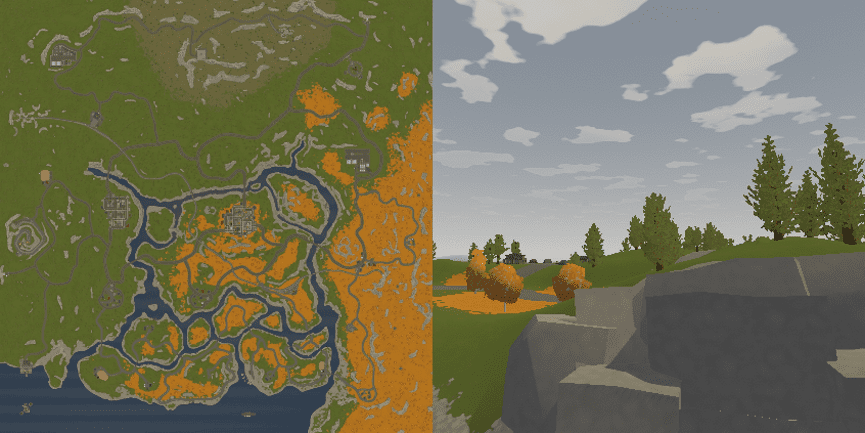 Russia – Imagine the entire map of Russia condensed into one large multi-biome survival world, this is exactly what Unturned offers. This choice has many rivers, mountains, deep forests, and tundra-like areas. Due to the map’s size, it’s best for PvE combat and role-playing with many lootable structures. Although, there are military locations scattered around the world, including historical monuments and civilian destinations. However, it’s highly suggested that you’ve built up enough skill to play on the Russia map. This is considered to be a difficult one to try, as it’s easy to get lost and die to the environment. 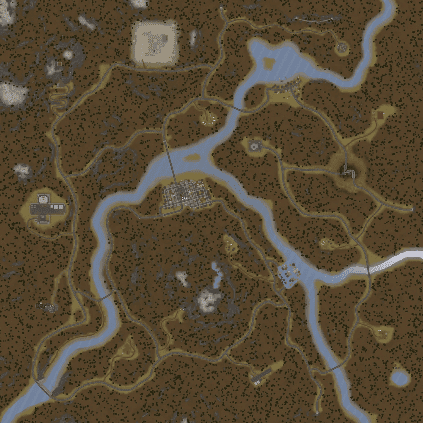 Germany – Similarly to Russia, this map is rather large with rivers and mountains. The developers who created Germany focused on vertical terrain, meaning there are lots of high points in the landscape. There are modern cities and military bases throughout the map, which is great for looting. This could be a PvP or PvE combat world, but the size may pose issues. For example, having player versus player gameplay means they’ll need to travel across the world to fight. It’s best to use PvE on Germany when loading it on your Unturned server. 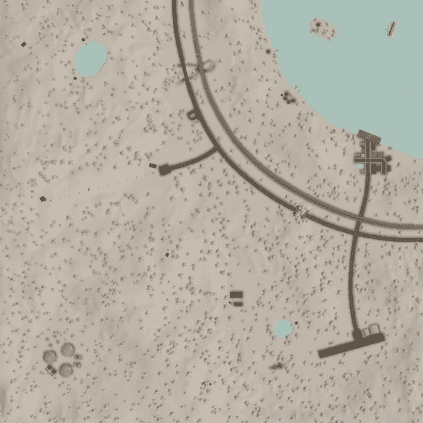 Yukon – The Yukon map is deep within mountains, filled with snow and offers an intense survival challenge for Unturned players. There aren’t many towns or structures in this world, hence the difficulty. Additionally, the temperature is extremely cold and requires people to cloth themselves to stay alive. Even more distressing is the map’s visibility, as the snowfall is heavy and makes long-ranged weapons pointless. Yukon is highly suggested for experienced players, but luckily it’s a medium sized map so it’s not too bad. However, if you don’t focus on survival as your main goal then you’ll likely succumb to the harsh environment.

If you’re looking for fun gamemodes to try, then the following maps will be perfect for you. These are arena-based modes that focus on PvP combat, meaning there aren’t a lot of survival features other than killing the enemies. It requires multiple players to even start the map, so keep this in mind as you try it out. While playing them, expect small enclosed areas to start fighting enemies. Review the arena maps down below to see which one is good for your server. 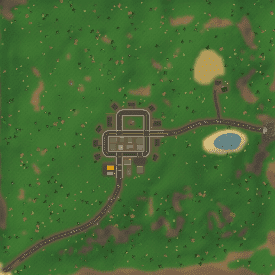 This map has some history, as it was used for showcasing new content and testing new features. After some time, it was turned into an arena world for anyone to enjoy. There are two locations of interest, Alpha and Bravo. Once the battle begins, the map’s border will enclose a specific location over time. This means players will need to stay in the correct area to stay alive, while defending themselves against others. It’s almost like Hunger Games for Unturned, which is a fun little feature the game offers.

This was the first Unturned arena map, but was reincarnated into present day Monolith. The main area of interest is in the center, where the water and island are located. A large amount of weaponry can be found here, which is good since the map’s border encloses this spot. Besides the center monolith circle, there are smaller ones scattered around the map. These have some items in them, meaning they’re good for early-game fights. 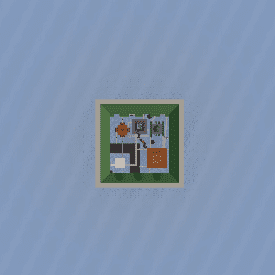 Instead of surviving in large or arena maps, this small area is designed for quick paintball matches. Players will need to navigate through obstacles to hunt down enemies. Only a few items spawn, such as tactical lasers and horizontal grips for paintball guns. In other words, don’t expect a large amount of lootable structures or other similar features. This is perfect for a fun game or two on your Unturned server, as shooting paintballs at friends can be very enjoyable.

Having the ability to change maps in Unturned is a wonderful feature to include on servers, as this allows you to enjoy every official map with others. Whether you choose a hard or easy map, they have unique aspects to them that might suit your needs. If surviving in large worlds isn’t fulfilling, then trying out arenas is suggested. These maps have custom modes ranging from classic PvP combat to a paintball match. This can be good to use on your server to pass time or test out of curiosity. Besides all that, we hope this guide helped you learn more about changing maps on your Unturned server.

Get started with your own unturned server in 5 min and start trying out these great features.