How to Breed Pandas in Minecraft 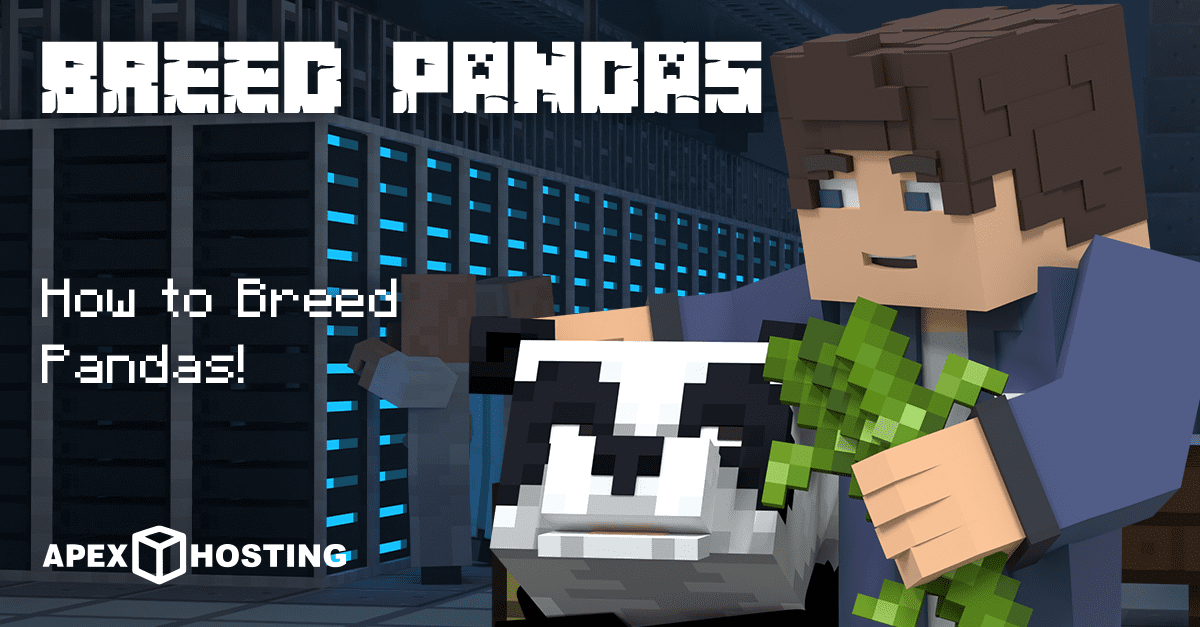 Ever since the addition of Pandas and bamboo forests have made their way to Minecraft only one thing has been on my mind: how do I get myself a baby Panda? Despite my best efforts, rummaging through the jungle hasn’t gotten me any results. We’ve written about Bees, farm animals, and everything in between, but today we’re going to go over how to breed Pandas in Minecraft! Let’s get started.

I don’t feel like I need to explain Pandas to you, but I will anyway! The Panda is a rare neutral mob that resides in jungles, specifically the Bamboo forests. Certain aspects of a panda’s behavior and appearance vary depending on its personality. They spawn rarely in groups of 1-2 on grass blocks with at least two-block space above them at a light level of 9 or more. They’re slightly more common in Bamboo forests and have a 5% chance to spawn as cubs instead of adults. 5%? Those odds are atrocious!

Pandas spawn with a randomized personality, with the normal personality being the most common and the brown variant being the rarest. They act similarly to other neutral mobs, attacking you once if hurt. They also move faster in water than other land mobs, similar to Polar bears. Pandas follow any player who is carrying bamboo and stop following if the player moves approximately 16 blocks away or further. They also whimper if a thunderstorm is happening in the area. Adult pandas seek out bamboo and cake to eat.

The Panda is the only animal to have extra breeding conditions, so if you thought that you just needed their favorite snack, think again! To enter love mode, there must be at least eight bamboo blocks within a five-block radius of both Pandas. Once that requirement is met, feeding them bamboo causes them to mate, producing a panda cub, and the panda becomes passive instead of neutral toward that player. This means that if you were to (for whatever reason) consistently attack the cub, they won’t fight back.

If a panda is fed without a sufficient amount of bamboo nearby, it sits and eats the bamboo but does not enter love mode. Additionally, if the player feeds two pandas too close together, they instead bleat and become hostile toward the player. Why have you forsaken me, Pandas!?

When two Pandas breed, each one passes on their genes to their children, who then randomly mix both obtained genes as their respective main and hidden genes. There is also a 1/32 chance for each gene of the baby to mutate into another gene. Normal, weak, and brown traits more commonly result from mutations than other traits do. These probabilities also apply to naturally spawned Pandas for their main and hidden genes. This is pretty complicated, so all you have to know is cubs typically will act like one of their parents besides the low likelihood they just mutate into something entirely different personality-wise. Their personality will have them act in certain ways and look slightly different.

Depending on the personality the cub has, they will act differently. The different types of personalities include Normal, Lazy, Worried, Playful, Aggressive, Weak, or Brown.

Normal Pandas:
– Do not have unique personality actions.
– Identifiable by their frown.

Lazy pandas:
– Identifiable by their smile.
– Lie on their backs.
– Are slower than normal pandas, making them the slowest land mob in the game.
– Do not follow a player who is holding bamboo while they’re lying on their back. In Bedrock Edition, if a player is holding bamboo, a lazy panda stops lying on its back and starts following that player.

Worried pandas:
– Identifiable by their worried expression.
– Avoid the player and most hostile mobs, except slimes, magma cubes, ghasts, shulkers, phantoms, and the ender dragon.
– Shake and hide their faces during thunderstorms.
– Do not eat bamboo or cake items on their own.

Playful pandas:
– Identifiable by their tongues which stick out.
– Roll over and jump around even as adults. The ability to roll may sometimes cause harm or kill the panda as it can accidentally roll off a cliff or another high altitude.

Aggressive pandas:
– Identifiable by their thick eyebrows and tight frown.
– When hit, an aggressive panda attacks the player and other mobs continuously until the target dies or goes beyond detection range, instead of only once. It also doesn’t panic when harmed.
– When nearby pandas are attacked, unless killed in one hit, aggressive pandas become hostile toward the attacker.
– Are slow, but have reach equivalent to the player

Weak pandas:
– Identifiable by their teary eyes and snotty noses.
– Tend to sneeze more often as babies than regular baby pandas, and have half the health of other pandas.

Brown pandas:
– Identifiable by their brown color and frown.
– Do not have unique personality actions, but are brown and white instead of the usual black and white.

That’s everything you need to know about breeding Pandas! Breeding Pandas is an incredibly unique aspect of Minecraft, having the most complex breeding system out of all the animals in the game. I’m particularly fond of the personalities that they can be born with and how it changes the Panda’s behavior. I also like bamboo in general and think it adds some nice novelty to the breeding process. If anything, I hope this blog helped you. Have a great day!