CS:GO Your Client Needs to Update 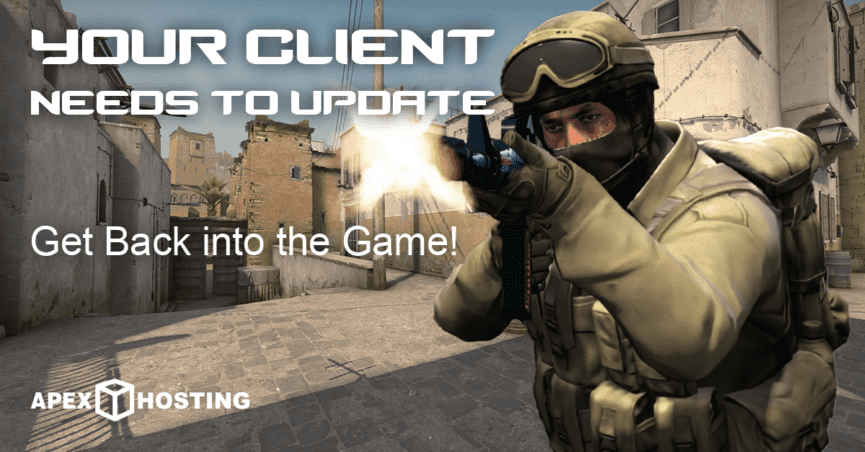 Playing with friends or others in Counter-Strike: Global Offensive matches can be entertaining or rage-inducing, but could be interrupted by an outdated client. This means that your game isn’t on the latest version or has an active bug, causing headaches if you want to immediately play. Solving this is determined by the reason for it happening, which is likely a general patch. These patches are normal and expected, as the game goes through small updates all the time. Although, in rare cases the situation is different and may result in prolonged client issues. Let’s get this started by going through what appears in-game and important CS:GO information.

Your Client Needs To Update

Similarly to other popular games, or really any game, updating is required to fix bugs and ensure new features are implemented. This happens all the time with CS:GO, as developers may add cases, fix issues, and release maps among other things. Luckily, updates don’t occur every day, but when they do, every Counter-Strike player encounters the “Your Client Needs To Update” message. At first glance, some people get scared since the yellow banner resembles a competitive ban or cooldown. This prevents players from loading up a serious match, meaning they’d have to wait until the message goes away. However, no one is banned or in trouble when the banner is displayed. With this in mind, it can still be annoying to have on your screen since it does prevent you from loading into any match. This is due to the game’s requirement for every player to have the latest version of CS:GO, which means you have to update your client. 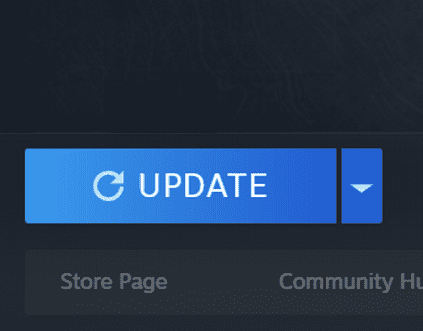 Counter-Strike: Global Offensive updates typically happen on Tuesday, as Steam has maintenance on this day and tends to be a good “push day” for new changes. You can easily resolve this by heading towards your game Library and pressing Update on CS:GO. At this point it should start updating, but in some cases it won’t since Steam could be offline. In any case, patience and keeping track of the update’s progress is how you fix the situation. Although, the problem could arise at any moment and disrupt matchmaking. This is an annoying issue to encounter, which has a variety of causes. You and others might be wondering what exact reasons could trigger this event. Don’t worry! We’ll go through them to give you an idea of why this happens and how to fix it.

As noted before, CS:GO updates typically occur on Tuesday due to Steam maintenance. However, if you attempt to load the game while the platform is offline, then you’ll see a blue banner instead of yellow. This would say “Connecting to the CS:GO Network…” and will prevent any in-game actions, even opening your inventory.

You’ll also see the message near the bottom left, where the store and coupon section is located. There is no way to fix this yourself, as Valve needs to finish their maintenance. Once they do resolve it, your game will return to the normal yellow banner message and require an update. Steam servers, hopefully, will be quick and allow you to easily download the new patches.

This is an obvious reason, but is the most likely one players encounter. It’d be either a general bug fix, an operation/case release, or otherwise an event/map update. The resolution is determined by how fast your internet connection is, as downloading a new CS:GO release can take time. The larger an update is, the longer it’ll take to resolve. Getting back onto the main topic, general patches for the game happen and must be taken care of to continue playing. Without managing this, you and others wouldn’t be able to play on the latest versions.

In some really strange situations, Counter-Strike will have an issue resulting in a false flag. This means that the client doesn’t need to be updated, but likely fixed by verifying the game files. Funny enough, problems like this can originate from an update. It’s a bit counterintuitive, but happens from time to time.

The best thing to do is head towards CS:GO’s Properties from the Library, then select Verify Integrity of Game Files. This will review every file from the official release to your client, meaning the game will update if there are missing files. Although, if you still have problems, then review our optimization guide to combat them.

Counter-Strike updates aren’t new, they’ve been around since the game was released in the early 2000s. Either way, it’s annoying when you try to play and can’t due to a client problem. Resolving this is mostly easy, so there shouldn’t be too much trouble. Make sure CS:GO is running on the latest version at all times, as you wouldn’t want to be interrupted while playing. Besides that, avoid playing too much on Tuesdays since they are update/maintenance days. Although by default, Steam will automatically update Counter-Strike: Global Offensive and shouldn’t be too problematic. With everything said and done, I wish you the best of luck as you play the game!