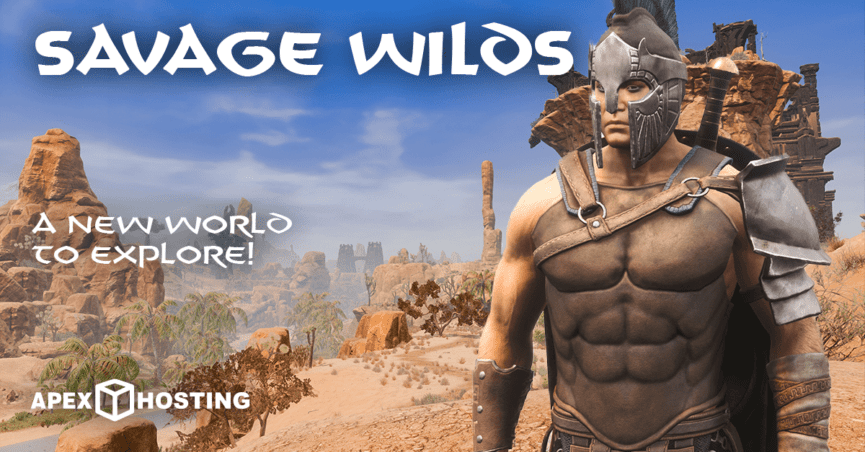 Exploring Conan Exiles is already a wonderful story to discover, but what comes after? Well, the exiled community can create new maps with unique features through mods to continue interesting playthroughs. One of the best modded worlds is Savage Wilds, a huge project with immense detail for players to explore. This offers a bunch of new game mechanics and areas to start an amazing solo adventure or with friends. Due to its vast amount of content, the world environment supports most types of gameplay, which is a huge benefit if you enjoy role-playing. Anyone can install the map to immediately use it, and doesn’t cost a dime! Start your journey on Savage Wilds in Conan Exiles by reviewing the features down below.

This Conan Exiles map is truly a one-of-a-kind, as this is completely custom and unique compared to any other world. Team Wildcypher, the development group for Savage Wilds, implemented a vast amount of details for any kind of gameplay style. Players ranging from explorers to builders can enjoy this fascinating adventure. My choice would be role-playing as an abandoned dark lord, especially with the Age of Sorcery update. You might even want to throw additional Workshop mods to enhance the experience by ten fold. As for the exact map specifications, the best way to learn about it is through their official trailer.

However, we’ll briefly go through the best features from Savage Wilds to possibly interest you. This way you and others can at least get a glimpse into this fantasy venture! Starting off, there’s around six main features that all players will encounter or use while playing the map. These include, a new fast travel system, better purges, specialized NPC factions, role-play (RP) locations, almost all crafting recipes, and a mercantile mechanic. If you want a more detailed look at the features, then review the Workshop’s Savage Wilds. Alright, enough of that. Let’s jump into these one-by-one to get you started.

Shima the Caravaneer, an NPC, will allow you to pass through different key locations on the map. This costs money to do, so make sure you loot everything you can get your hands on. Otherwise, you won’t be able to fast travel using this new system. If you discover all specific spots around the world, then you can basically teleport to anywhere you want.

This will allow players to get, without a doubt, thrallable humans in purges on the map. Unfortunately, there are no animal-only purge events. You’ll have to make do with Wildcypher’s decision, but the adventure should still be amazing. The benefit of a guaranteed thrall outweighs the downside, which will greatly help you build an empire or army.

There are a few new factions for you to meet, the Hyrkanian Outriders, Hyperboreans, and Clan Culann. One out of two groups are peaceful, while the others are completely hostile. This means players should be hesitant when interacting with them, or at least cautious when approaching. However, it should be noted that the Hyperboreans are a savage people located in the northern territories. As for the other two, the Hyrkanian people claimed areas of the western map and the Culann group was forced away from their home, with no obvious relocation. All of these factions offer a great deal of story and role-playing, which is my favorite aspect to Savage Wilds. As a side note, check out the official map layout here to get a better understanding where they’re located.

In the map, there are large buildable areas to support role-play scenarios. Using these locations combined with admin commands can turn into an entirely new adventure in addition to all other features and possible mods. This is because any player can create their own story and interact with other custom-made characters or even NPC factions. There are other unique spots around the world, such as dungeons or specific adventure areas to explore, which all factor into role-playing.

All recipes in Conan Exiles are included in Savage Wilds, except for the Map-room. This means players can craft anything from Exiled Lands to Siptah! It’s a nice feature to the project, as most people wouldn’t want to be limited when they play. The crazy availability of craftable items increase player creativity when they start building or customizing their character(s).

The vendors of the map accept any form of currency and would even give change back, what nice people! Using the new system would mean players can use all coins, saving the heartache of not having enough money. This is certainly a quality of life aspect and ties the world’s vibe nicely together.

Freshly starting your new journey in the Savage Wilds map will be a memorable time for you and others, as this takes the Conan Exiles experience to another level. Whether you build a custom character and persona for an interesting story or simply explore the vast landscape of the world, you’re guaranteed to have a fun time. This is due to the map’s unique features and the development team behind its success. Almost the entire community of the game supports Savage Wilds, which is extremely promising. Download the map and jump right into the action, we wish you the best of luck exiled player.