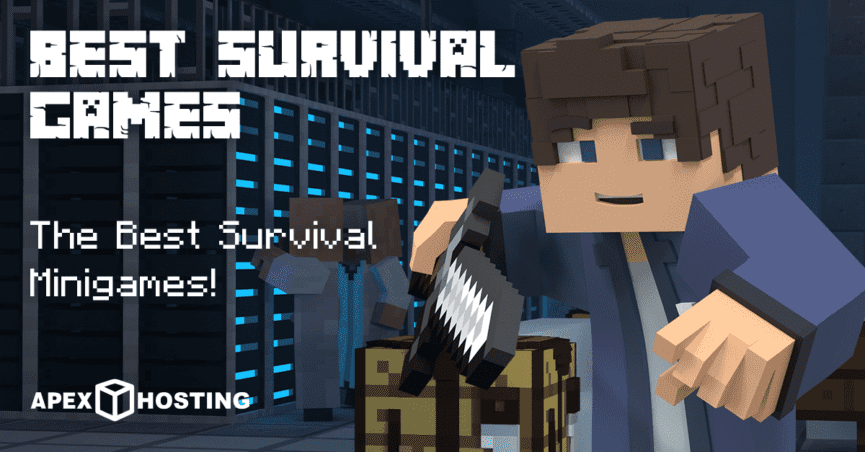 Many Minecraft players have at least encountered some minigames before, as these gamemodes are extremely popular. This is proven by Hypixel’s popularity, which isn’t surprising since you can enjoy a vast range of survival games. Whether you’re wanting to build defenses or jump right into action, you’ll find a suitable game. These are also really fun with friends! Most modes support teams, meaning you and others can group up to take out all challengers. However, due to the amount of them out there, we’ll only show you the best survival games in Minecraft to get you started.

As noted before, there are tons of fun minigames out there! However, Minecraft is all about surviving through the dark of night, against hostile creatures, management of resources, and…you get the idea. Many players love these aspects of the game, so it’d make sense for survival games to be popular. These can range from fending off enemies with player-made bases to quickly gathering materials to destroy the opposing team. With this in mind, let’s explore the best survival Minecraft games there are on servers! 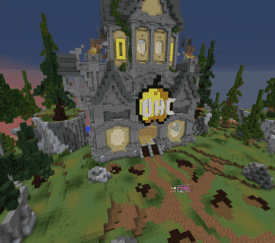 In this Ultra Hard Core mode, players will be dropped randomly throughout the map. It resembles a battle royale style game, as people must scavenge, build tools, enchant gear, and hunt down enemies. The only catch is that damage is permanent, meaning regeneration is disabled. These are the main elements of UHC, with minor aspects being customized per server. For example, some servers would rather have vanilla loot compared to overpowered gear. It’s the same customization for other features, sometimes even the main aspects. This is truly an ultra hardcore minigame in Minecraft! I wouldn’t want to play this myself, I’m too scared.

This gamemode offers corner spaces for teams to build and conquer for themselves, but after a certain amount of time the walls separating the player areas fall. This sounds dramatic, but is an accurate description of The Walls minigame. Anyway, in this mode you’ll collect resources and find secret chests to advance your arsenal of destruction. Okay, this is becoming overly dramatic now. Besides that, there are highly sought after items near the center of the map. These materials can allow you to be a god in PvP or allow for better enchanting. Make sure to keep an eye on the timer, because everything will come crashing down when it goes off. 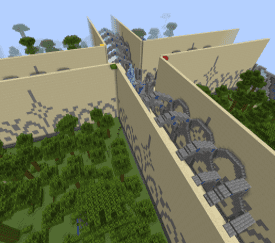 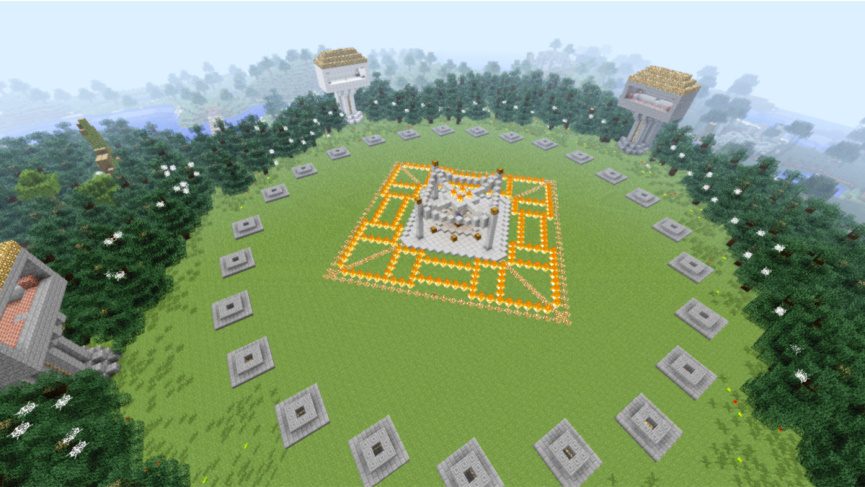 There are no teams, only enemies in this minigame. If you already caught on, then you’ve seen the Hunger Games before. This mode forces players into a confined arena to survive against hunger, traps, enemies, and sometimes mobs. Don’t worry though, there is a grace period to prevent instant death. After a limited time, PvP becomes enabled and makes every player paranoid. In most cases, teams are formed to collect more resources, regardless of the server rules. It’s essentially a Free-For-All (FFA), making players survive until another time instantly spawns all remaining users in the middle of the map. This forces the game to conclude, meaning they’ll have to fight until one is left. 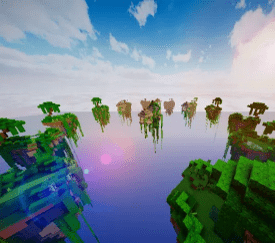 Skywars is a classic mode, as it’s been around almost since the start of Minecraft. The whole concept around this minigame is to maximize the resources available to you on the island, then build inwards to the center for better loot. Each island is unique with different equipment and blocks to use, meaning someone can get luckier than you. This gamemode is commonly used in teams and solo matches, which can be annoying if the other teammate is bad. There is no timer, so once it starts…anyone can slay enemies and immediately take over the map’s middle point. The game finishes if one person or team remains at the end, but does have an enclosing border to force players to move. This means the matches won’t last forever!

In this final minigame, players have to keep their bed existing to survive. In other words, don’t let anyone touch your bed since it keeps you or your team alive. There are villagers to trade with for building resources, items, and materials. This helps with building around your bed, posting up defenses, and getting better equipment to kill enemies. There are islands to explore, which carry even more powerful items to wield against others. By far my favorite gamemode in Minecraft! 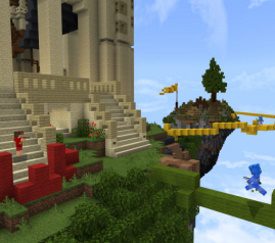 Playing survival minigames in Minecraft can create new memories with your friends, as it’s super fun with all the unique features each server uses. The overall experience will be similar, yet fun for all players. There are different modes to try out for yourself, from Skywars to The Walls. Build bases to defend against enemies or collect materials to help fight other players. Climb your way through the leaderboards to dominate the playing field, which is super satisfying. We hope this was helpful to your adventures in Minecraft survival games!