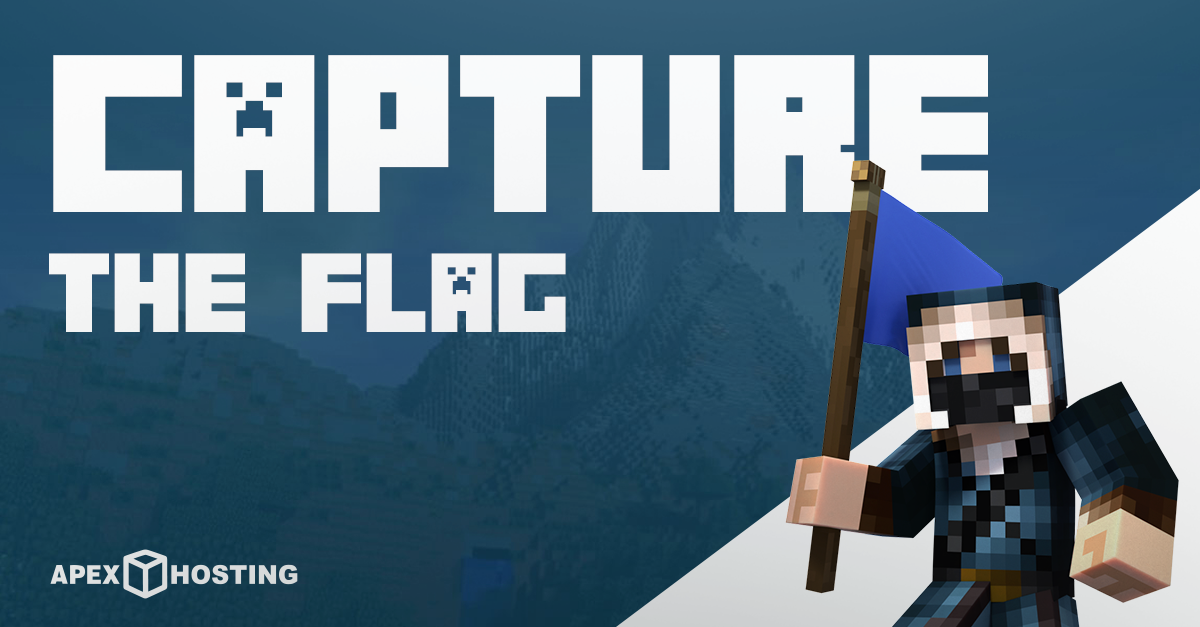 The votes are in and this is the gametype you voted on!
Awhile back we had a poll for all of you to vote on what gametype you wanted to see next. After tallying the votes our team immediately got to work on bringing Capture the Flag to you!

Capture the Flag is a classic and a ton of fun.
Capture the Flag has been around for decades in many different forms from real life to video games such as Runescape, Halo, World of Warcraft, and more. It was a joy the setup this gametype for Minecraft here at Apex and our team had a blast revisiting such a great gametype that a lot of us enjoyed in the many forms over the years. We are glad to bring this gametype to all of you whom voted and for those of you whom may have voted on other gametypes don’t worry! We still have those in the works and will have more the announce in the future!